Google Street View. Helpful stuff. I definitely think living in this day and age has its perks.

But if there's one thing I still love most about living back in the day is that none of my shenanigans are being documented. It's harder to pull off crazy sh*t now because someone might have recorded you and next thing you know, your face is viral on Facebook and Twitter.

Google unveiled this feature years ago and since then, weird things have been captured and has been floating around on the internet and we made a post just for laughs.

Some are hilarious and some are just creepy – but all of these are our favourite and really cracked us up!

1. Google is not liable for any relationship ruined because of the internet

Fingers crossed she's DOING this with her husband. 4. Well this is awkward 5. Not feeling very stable at the moment 7. A reminder of how dangerous skateboarding is because someone might take a photo of you.

And it is going to live in the internet. FOREVER. 9. Someone forgot to put on pants today 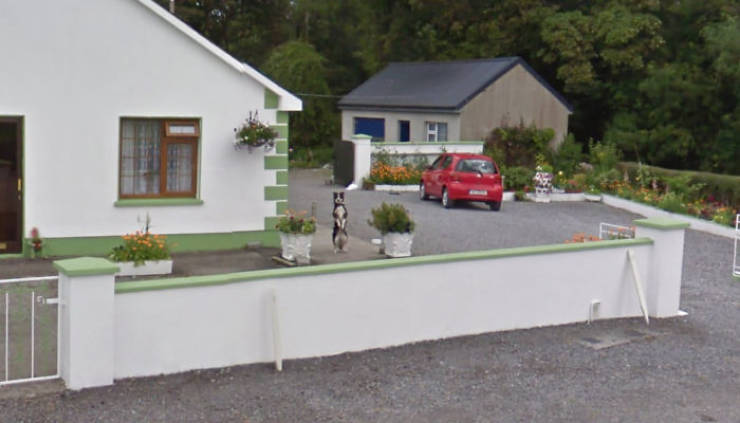 12. Her earring probably fell off and now she's looking for it.

13. This is why you should never pick your nose in public even if no one's watching 15. Probably should be on top of this list if the title was weirdest things captured on google street view. I know that we should always laugh at mistakes, but, if I was the one caught on camera, I think I'd just pack up and migrate to Mars.