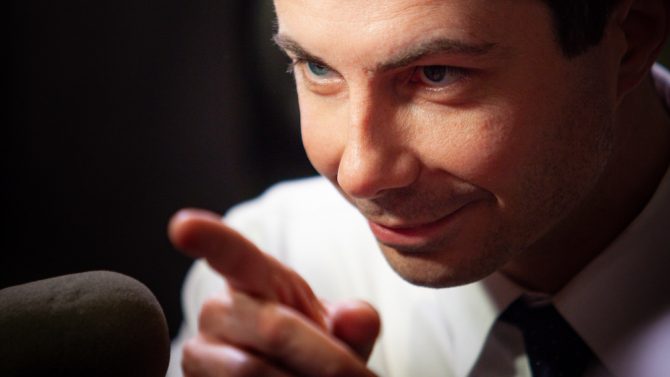 #BeardedButtigieg was trending last night on Twitter after people started sharing altered photos of Pete Buttigieg with a beard.

Filmmaker Jim Fall (director of Trick) kicked off the trend when he photoshopped pictures of Mayor Pete using FaceApp, adding a little extra fuzz to his regularly clean-cut face.

I'm voting that Buttigieg should have a beard. (thanks to FaceApp)

Soon, people began referring to Mayor Pete as “Mayor Woof” and photoshopping their own versions to share on social media.

I photoshopped Tom Selleck's mustache onto Buttigieg during the commercial break. #DemDebate pic.twitter.com/QRRXVGPIQo

All of this had many wondering what Mayor Woof’s husband, Chasten, thought about his husband with facial hair.

It didn’t take long for an old tweet from 2018, in which Chasten addressed this very issue during the month of “Movember,” to resurface: 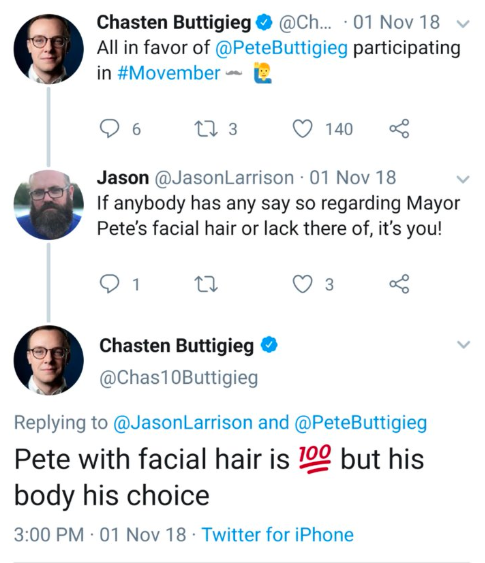 What do you think of Mayor Woof’s new look? Sound off in the comments section below…