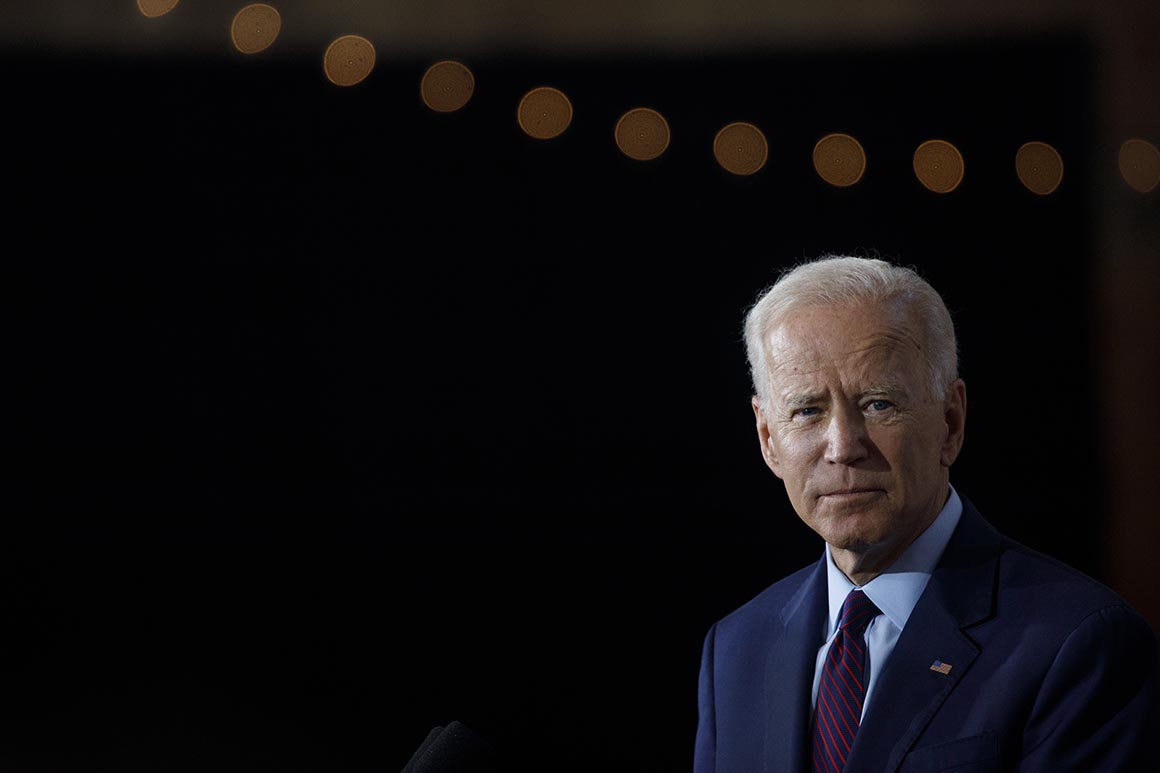 It took Joe Biden all of 10 minutes to unleash a social media phenomenon Friday.

In a brief phone address to donors, the Democratic presidential candidate warned of the potential for a nasty primary against Bernie Sanders. But then Biden riffed on the name for a hardline group of Sanders supporters: the “Bernie brothers.”

It was a more polite, if not old-fashioned version of “Bernie bros,” the term often used to describe male Sanders supporters who aggressively go after opponents online.

“What we can’t let happen is let this primary become a negative bloodbath," Biden told more than 100 donors gathered at a private residence in Bethesda. "I know I’m going to get a lot of suggestions on how to respond to what I suspect will be an increasingly negative campaign that the Bernie brothers will run. But we can’t tear this party apart and reelect Trump. We have to keep our eyes on the ball, in my view.”

Twitter had a field day with the remark from Biden, who is renowned for his verbal flubs. There was talk of trademarking the former vice president's creation and printing t-shirts. The term #berniebrothers soon was trending on Twitter as well as an alternative, #bernardbrothers, with users poking fun at the formality behind Biden's description.

“Sounds like a 50s folk band,” wrote one Twitter user. “Bernie Brothers sounds like an artisanal bath products made in Bushwick,” said one tweet. “I used to get all my new suits from Bernie Brothers,” said another.

Biden aide Andrew Bates responded to one comment by posting an animated image of the former vice president slowly putting on a pair of sunglasses, the words under the image reading, “Deal with it.”

More seriously, the behavior attributed to the group known as "Bernie bros" has created a firestorm in the 2020 primary.

On the eve of the Nevada caucuses, when the powerful Culinary Workers Union criticized Sanders’ “Medicare for All” proposal, leaders reportedly received threatening emails and voicemails from hardline Sanders supporters.

The issue came up again this week when Massachusetts Sen. Elizabeth Warren dropped out of the Democratic primary and did not endorse Sanders, a fellow progressive. When asked Thursday about whether online bullying was an issue specific to Sanders’ supporters, Warren told Rachel Maddow, “It is. It just is.”

Sanders has rebuffed the criticism, with the candidate and his surrogates holding up the diversity present both on his campaign and among his supporters. And top surrogates, including Nina Turner, have taken issue with the term, saying women like herself are the backbone of Sanders' campaign.

At the same event, Biden also said the campaign raised $22 million in the last five days.

He said he'll need every penny.

“It’s going to be hard, this guy’s going to come at me, and throw everything including the kitchen sink. I don’t mean Bernie, I mean in the general election. But Bernie is going to throw, he can at least throw the dishwasher at me,” Biden said, laughing. “We’re going to be OK. I just have to keep steady and moving forward and just laying out what we’re going to be talking about in a coherent way.”