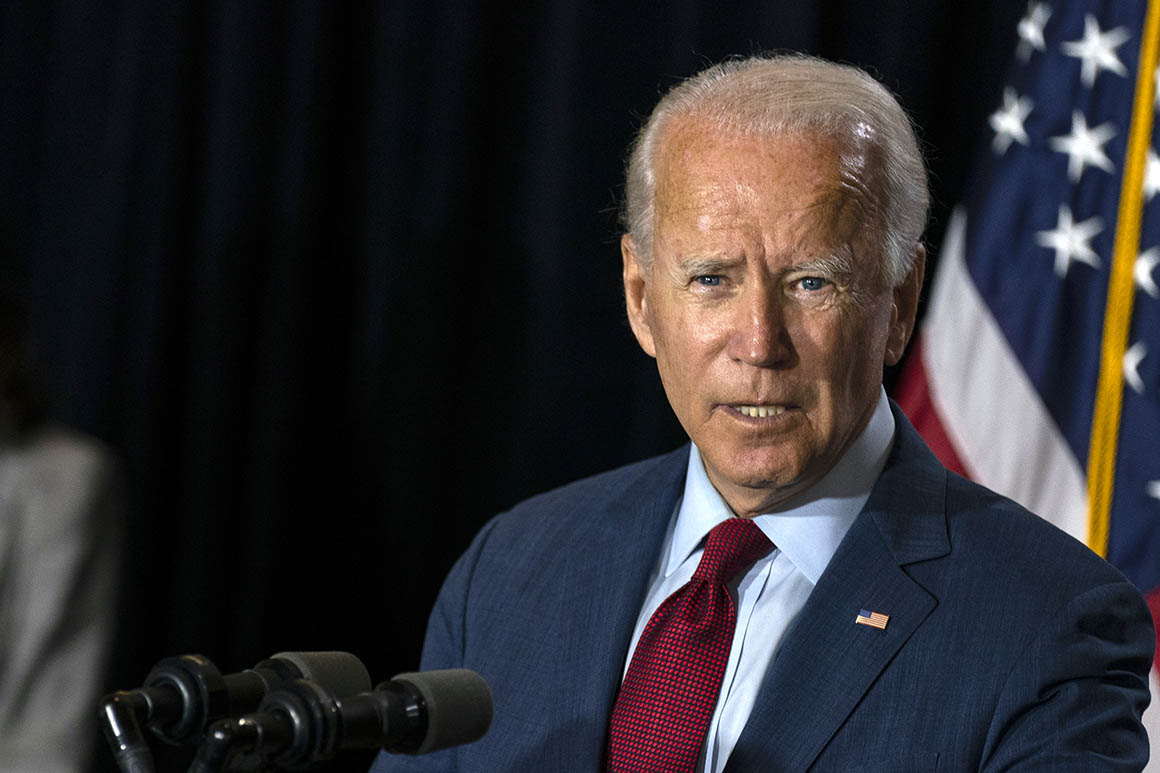 “And that means showing he provides steady leadership, showing the warmth that he naturally exudes day-to-day in interactions with folks, and really showing the empathy that he brings to the table, which is such a stark contrast to President Trump,” Mitchell said. “Joe Biden doesn't go around dunking on folks in real life every day, so it just doesn't make sense for us to do that online."

Steering clear of the rough-and-tumble Trump digital presence, the Biden campaign seeks to create a relatable image of Biden, Mitchell said. She added that his social media accounts highlight his love of aviators and vintage cars to show “the most authentic version” of the Democratic nominee.

“We’re fully aware that making folks angry and outraged is a very powerful motivator,” Mitchell said. “From the very beginning, it was clear to us that we weren’t going to take that tack.”

The behind-the-scenes video of Biden informing Sen. Kamala Harris (D-Calif.) that she was his running mate is a prime example of how feel-good content can go viral, Mitchell said. The Biden adviser added that before the official announcement, the campaign prepared promotional information for all 11 of the vice presidential contenders.

Mitchell, who previously worked for Sen. Elizabeth Warren (D-Mass.) in her 2020 bid, joined the campaign in May and has seen Biden’s digital team grow to almost 150 workers.

While Mitchell said she preferred uplifting content, she said she recognizes the need to combat the ugly aspects of the internet and referenced a DNC team focused on confronting misinformation and manipulated media.

Pointing to the pandemic’s impact on campaign organizing, Mitchell said the digital footprint of the Biden team is more important than ever.