At the Tokyo Disneyland, guests have reportedly been advised that, due to the ongoing spread of a novel coronavirus, hugging is no longer allowed when it comes to the princes, princesses, villains and cartoon characters—Disney's “cast members”—that flit across the park.

“Tokyo
Disney Resort requests the cooperation of all our Guests in helping to prevent
contagion and stop the spread of the new coronavirus,” the resort’s
website says, advising guests to
wash their hands after using the restroom and to inform members of staff if they
feel unwell.

While Japan’s Disneyland continues to operate, parks in Hong Kong and Shanghai have been shut down completely. During an earnings call Tuesday, Disney said it anticipates the outbreak of the novel coronavirus will cost the company $175 million in the second fiscal quarter, which ends in March.

“The current closure is taking place during the quarter in which we typically see strong attendance and occupancy levels due to the timing of the Chinese New Year holiday. The precise magnitude of the financial impact is highly dependent on the duration of the closures and how quickly we can resume normal operations,” Disney chief financial officer Christine McCarthy said. 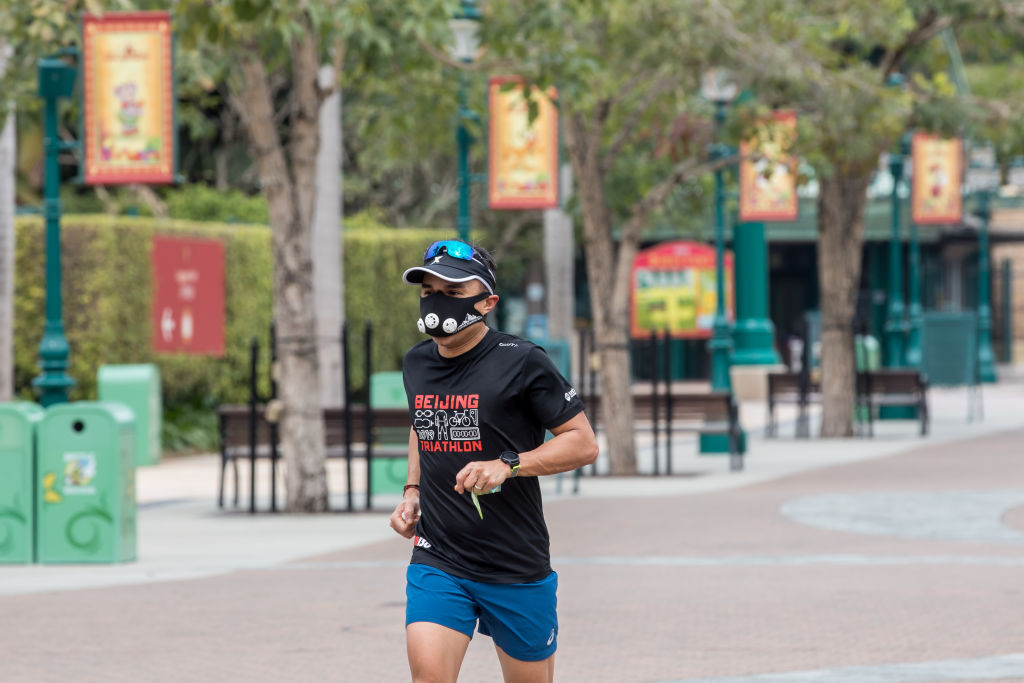 Disney's parks business is especially vulnerable to the economic toll of the coronavirus. The disease, traced to the Chinese city of Wuhan, is known to be transmissible between humans, and authorities have warned citizens to avoid large gatherings in order to help prevent the virus’s spread.

Overall, Disney saw revenue from its parks, experiences and products segment grow 8% to $7.4 billion during the first quarter, which the California company attributed increased merchandising and higher spending at its domestic resorts.

Disney's parks in the U.S. remain open as normal. Roughly 1 in 5 visitors to those attractions come from international markets, McCarthy said.

The Shanghai theme park, which was opened in 2016 at a cost of $5.5 billion, was closed on January 25. The older Hong Kong resort, which opened in 2005, shut its gates on January 26—the day after the local government declared the viral outbreak an emergency. Both parks anticipate being closed for at least two months but haven’t set a definite time for reopening.

“As a precautionary measure in line with prevention efforts taking place across Hong Kong, we are temporarily closing Hong Kong Disneyland park from today out of consideration for the health and safety of our guests and cast members,” the resort management said in a statement. 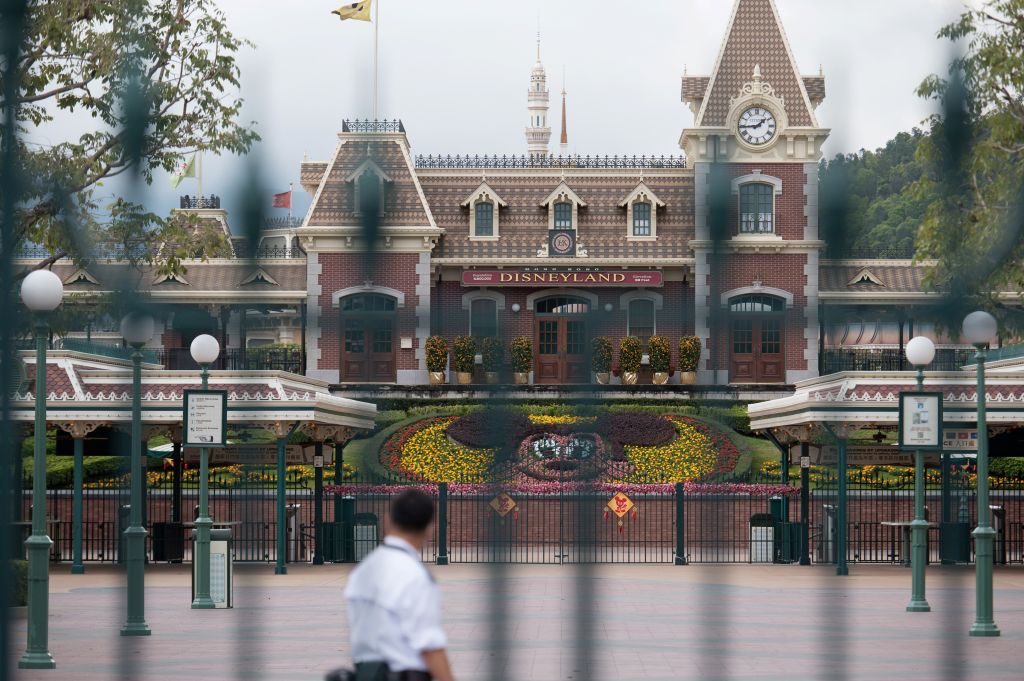 A security guard checks a empty square usually filled with visitors at Hong Kong Disneyland in Hong Kong on January 26, 2020, after the park announced it was shutting its doors until further notice over a deadly virus outbreak in central China.AYAKA MCGILL—AFP via Getty Images

However, according to a social media post from a man claiming to work at the resort, some “cast members” were still required to travel to the resort for rehearsals and training. The resort’s hotels continue to operate, but the restaurants inside them were closed on February 1. A spokesperson for Disneyland Hong Kong told Fortune that the company is providing staff with masks and necessary protective tools during the outbreak.

The Disneyland in Hong Kong is
the smallest of Disney’s six “castle lands” and one of its weakest performers.
The resort, which is 53% owned by the local government, was opened in 2005 and turned
a profit for the first time in
2012. Three years later, however, the park was in the red again and has reported
a loss every year since.

The recent losses are in part attributable to the $1.4 billion investment the
park operators made in 2016 to expand the location—opening new attractions and
zones based around Marvel heroes and the Disney film Frozen.

The investment, backed by the
government, cost Hong Kong tax payers $750 million and fuelled resentment
towards the lossmaking park, which occupies prime real estate in a city long-suffering
from a housing crisis.

Early last month, housing secretary Frank Chan urged Disney to consider rezoning land allocated for a park expansion to be used for housing instead. The 148 acres of land in question have been owned by Disney since 2000 but have yet to be utilized. Chan said he hoped Disney would “consider its social responsibility.”

Some members of government maintain that the protests that raged across Hong Kong last year were caused by a lack of affordable housing. Although the protests—which have temporarily subsided during the coronavirus epidemic— weren’t directed against Disney, the unrest exacerbated the park’s losses.

Last November, McCarthy reported the Hong Kong park suffered a $55 million decline in operating income during the final fiscal quarter of 2019 and predicted an $80 million decline the next quarter as well as a total decline of $275 million for the park throughout fiscal 2020.

Now with the coronavirus prompting a complete shutdown, the park's dreams of returning to profit seem a long way from coming true.