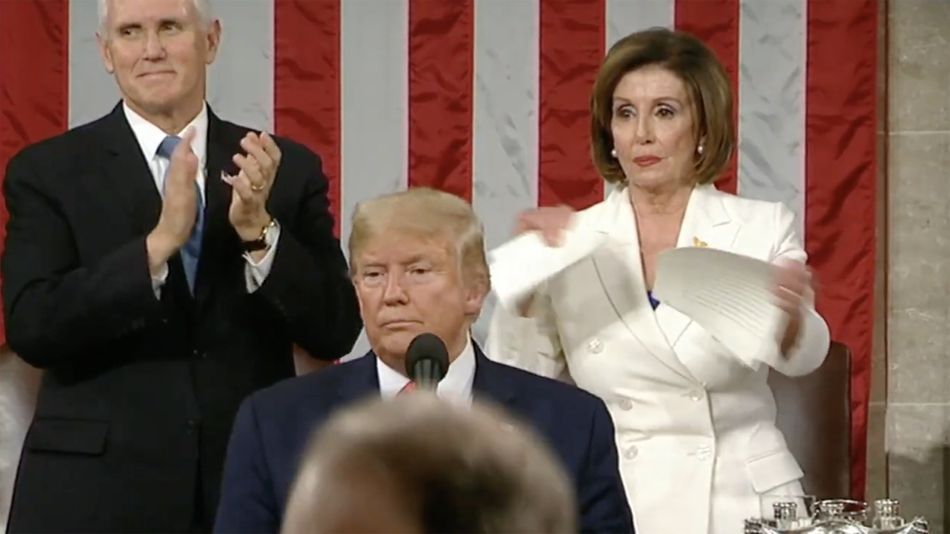 During Tuesday night's State of the Union, House speaker Nancy Pelosi upstaged Trump by ripping up his speech. It happened near the end of the evening, just as the president concluded his remarks. The moment predictably went viral, garnering a lot of chatter on social media and memes — including Pelosi later saying she “tore it up.”

The Trump administration also hopped on the meme bandwagon with an edited video. The 5-minute clip, posted to Trump's official Facebook and Twitter accounts on Thursday, intercut the Pelosi moment with the president praising national heroes like the Tuskegee Airmen and gold star families during his speech. The text overlaid on the video reads, “Powerful American stories ripped to shreds by Nancy Pelosi.” It has amassed 4.7 million views on Twitter and 2.5 million views on Facebook thus far. Read more…