Google is the latest tech giant to join the short video bandwagon.

It has launched Tangi, an app for 60-second DIY videos that inspire people to take up activities like art, crafts, cooking, fashion, beauty, and more.

Tangi is the handiwork of Area 120, Google’s in-house lab for experimental projects, and was in development for a year. "The name of the app is inspired by the words TeAch aNd GIve and "tangible" — things you can make," Google announced on its official blog.

The social video sharing app is aimed at helping people learn new things every day and connecting them with vibrant communities centred around their hobbies and passions. Loosely put, it marries TikTok's short-video format with Instagram's community features.

Videos on Tangi are vertically-oriented as on TikTok, Instagram Stories and IGTV.

Also ReadThese ‘new apps’ went viral in 2019, and could lead this year

"Tangi has 60 second videos to help you try something new — and a place to share it back too. You can also share a re-creation of things you tried out with Tangi's 'Try It' feature, which helps build a community between creators and their fans."

He further stressed on the 'magical' quality of short how-to videos on the internet. "They could quickly get a point across — something that used to take a long time to learn with just text and images," he said. 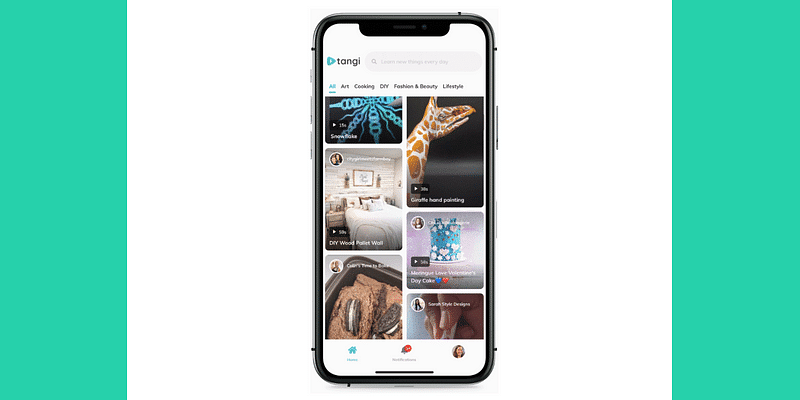 Google also shared that it is roping in creators to develop content on the app.

"We’ve been working with creators who already make these kinds of videos, so that Tangi can become a place where they have a voice to inspire other makers. Our focus on creativity and community is the biggest draw for them," it stated.

Tangi's 'upload' features are restricted to only a few users right now, and the app has launched selectively on iOS and the web. Additionally, creators need to apply to be a part of the video platform.

Viewers, meanwhile, can filter videos by category (art, DIY, cooking, DIY fashion, beauty and lifestyle) or scroll down a continuous homepage. Tangi is free and ad-free for now.