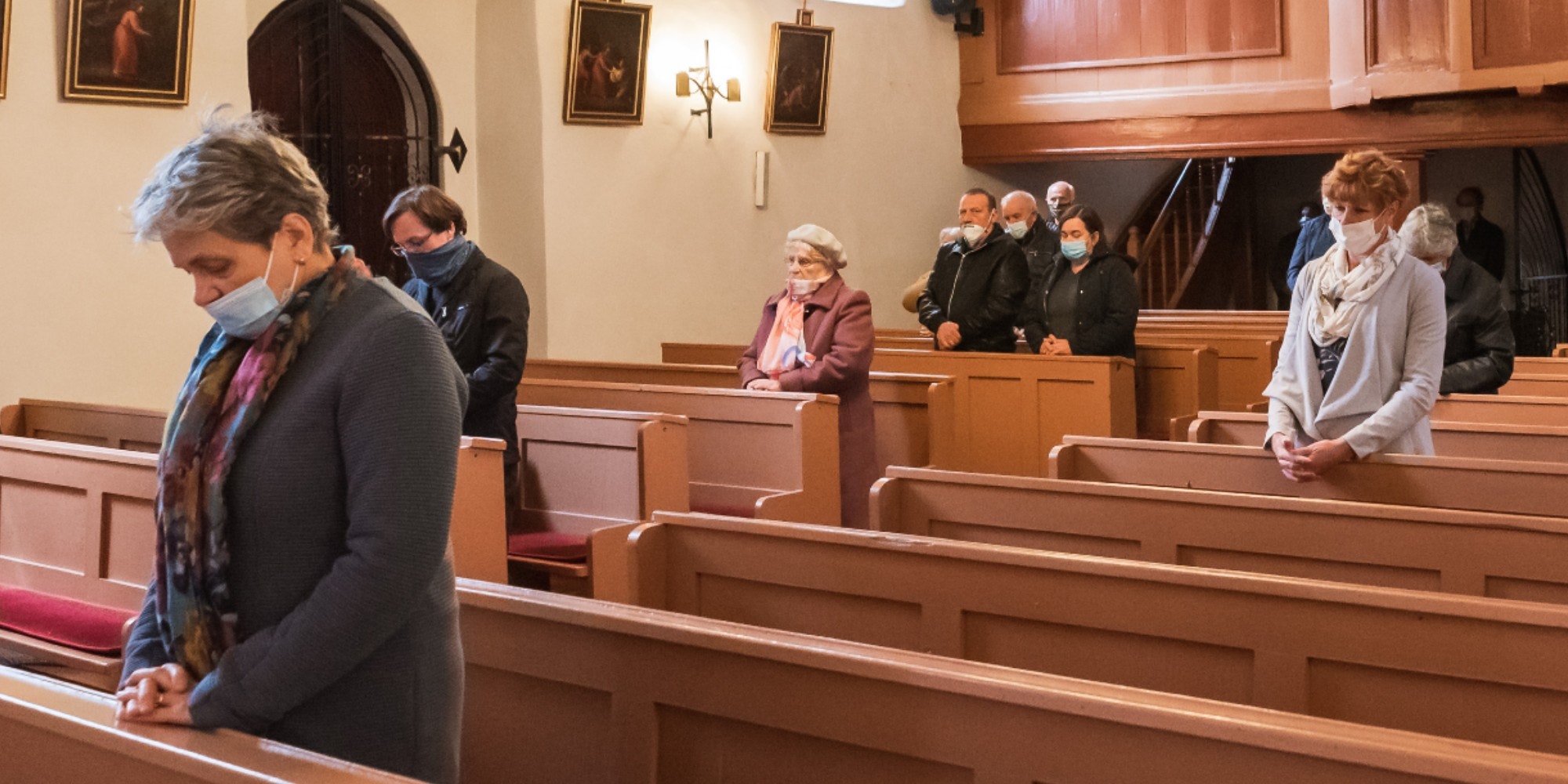 A woman asked for prayers from people on Twitter after she tested positive for the coronavirus. The only problem? In a tweet from just two days prior, she proclaimed that she would not be missing mass because of the coronavirus, which has killed over 269,000 people in the U.S. alone.

“Idk how to say this casually but I tested positive for covid. I'd really really appreciate some prayers for my husband and I. He has a pre existing condition and I'm really worried about him,” Alice Willow tweeted on Nov. 28.

These two messages are only two days apart and may be among the best pieces of evidence of the Trump cult.

It comes as no surprise that the messages have now been deleted. pic.twitter.com/yj7bX5Eh28

Instead of offering up their prayers, Twitter users were quick to point to her two-day-old tweet, in which Willow smugly downplayed peoples’ fears of the deadly virus while refusing to practice her religion from home.

“Idk who needs to hear this, but this is a reminder that I am willing to die for my religion. If I get covid attending mass then I'll deal with it, but I'm NOT missing out on worshiping (sic). You don't get to bar me from my religion bc you're scared. Be mad. Don't care,” she tweeted on Nov. 26.

Users are now calling her a “covidiot” and are using her tweets as a warning to others. “Don't be an Alice Willow. She didn't care if she was going to die but all of a sudden is worried when her husband got infected. If Covid doesn't get you, it will get the ones you love. Don't be a Covidiot,” one Twitter user wrote.

Another even compared Willow to Richard Rose, a 37-year-old man from Ohio who went viral after his death in July. In April, Rose posted on Facebook that he was not going to buy into the face mask “hype.” In July, he wrote of his coronavirus symptoms: “This covid shit sucks! I’m so out of breath just sitting here.“ A few days later, Rose succumbed to the virus, and Twitter users similarly pointed to his Facebook posts and his online obituary.

Others are questioning why Willow has to attend church to “worship God.” “PRAISE HIM FROM THE COUCH GIRL WTF,” one user wrote.

Don’t be like Alice Willow, and how many people has she infected by being ignorant?? https://t.co/P0c4606pYG

Several major outbreaks can reportedly be linked to religious services. One church in North Carolina alone has been linked to 12 deaths and more than 200 cases.

The post ‘I am willing to die for my religion’: People point to woman’s old tweet after she catches COVID, asks for prayers appeared first on The Daily Dot.