The Friends star's mother died back in February, just as coronavirus was first beginning to take hold and spread in the United States. Now, the TV star is looking back on that time as one of sadness — and not just for her mother's death, but for her own decisions during the funeral, as well.

The actress spoke to The Hollywood Reporter about it, noting how even relatively early on then she knew better than to maintain too close of contact with dozens of funeral guests. That doesn't mean she wasn't torn up by the decision, though. And to hear her tell the story now, months later as the pandemic swirls around her, it seems like Kudrow made the right choice at the time, even if it was very tough to do.

Recalling her request, the 56-year-old actress said (below):

“I was the one who asked the rabbi to please let everyone know there was to be no hugging because we were all in an emergency room with her. That was the hardest decision because we weren't there yet and we had only just heard the words ‘social distancing.' I'm a freak and all I could think that whole day was there has to be coronavirus here. Most people were just looking at me like I was a monster when I'd take two steps back, put up my hands and say, ‘Hi, thanks for coming.'”

Kudrow also revealed in the interview that aside from her, most guests hugged and touched each other, thinking nothing of it. After all, it wasn't really until mid-March that “social distancing” and “self-isolation” became widespread practices, so it's no wonder many people weren't up to speed on them weeks sooner. Actually, it's impressive the former sitcom star was so on the ball about avoiding physical contact that early on, even if it made for a difficult time at the moment. 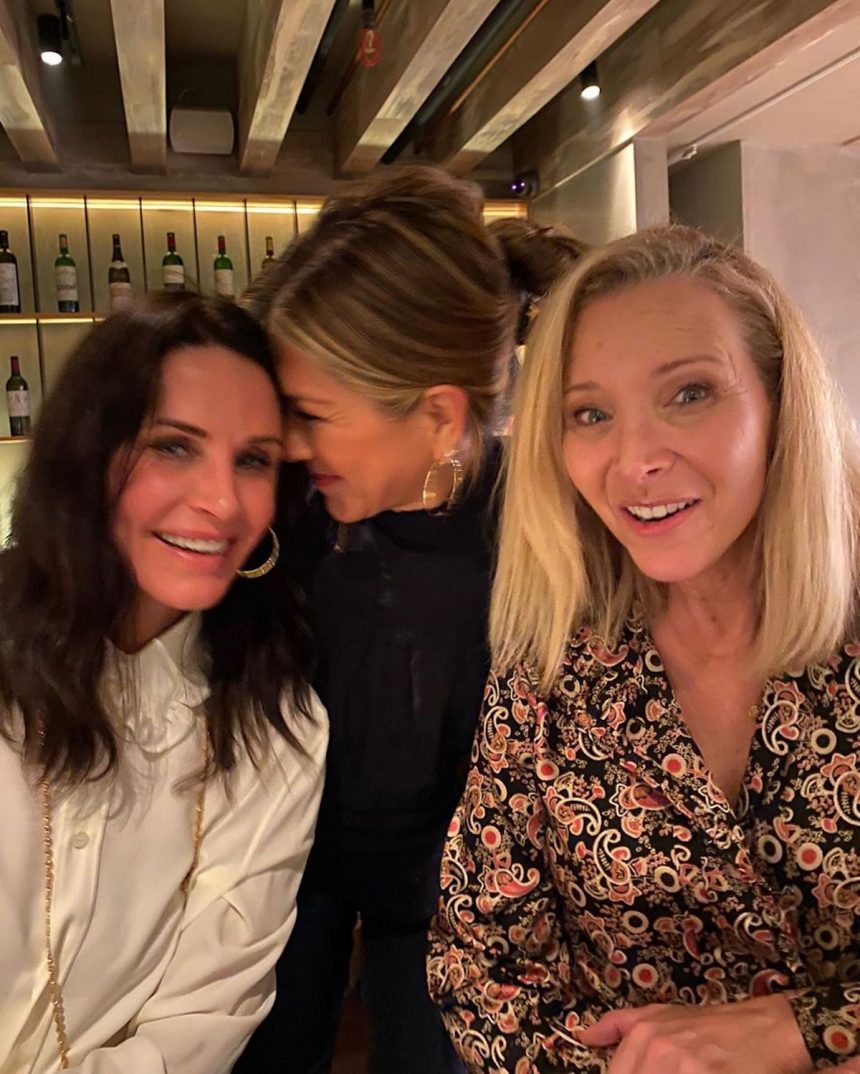 The funeral — and the pandemic's spread since then — has given Kudrow an interesting and holistic perspective, though. For one, she's thankful she actually got to give her mother a proper send-off, knowing there have been so many instances in the last few months where families were unable to publicly come together to lay a loved one to rest due to coronavirus concerns.

Beyond that, she's also developed an even stronger understanding and appreciation for what health care workers go through — and not just in the hospital, but in their personal lives when they get home. The TV titan said:

“That's the stuff that breaks my heart, too, when I see parents, especially in the health care field, who come home from work and are like, ‘Hi, remember, we have to stay away from mommy.' How is a 3-year-old supposed to understand that?”

We can't even imagine how difficult things must have been for Kudrow to hold back and keep herself socially (and emotionally) distanced in that situation. Sending all of our light and love her way right now — and to all of those who have been through similarly difficult situations in the last few months during these scary times!

We're all in this together! ❤️

The post Lisa Kudrow Felt Like ‘A Monster' For Not Hugging At Her Mother's Funeral Early On During Coronavirus Outbreak appeared first on Perez Hilton.