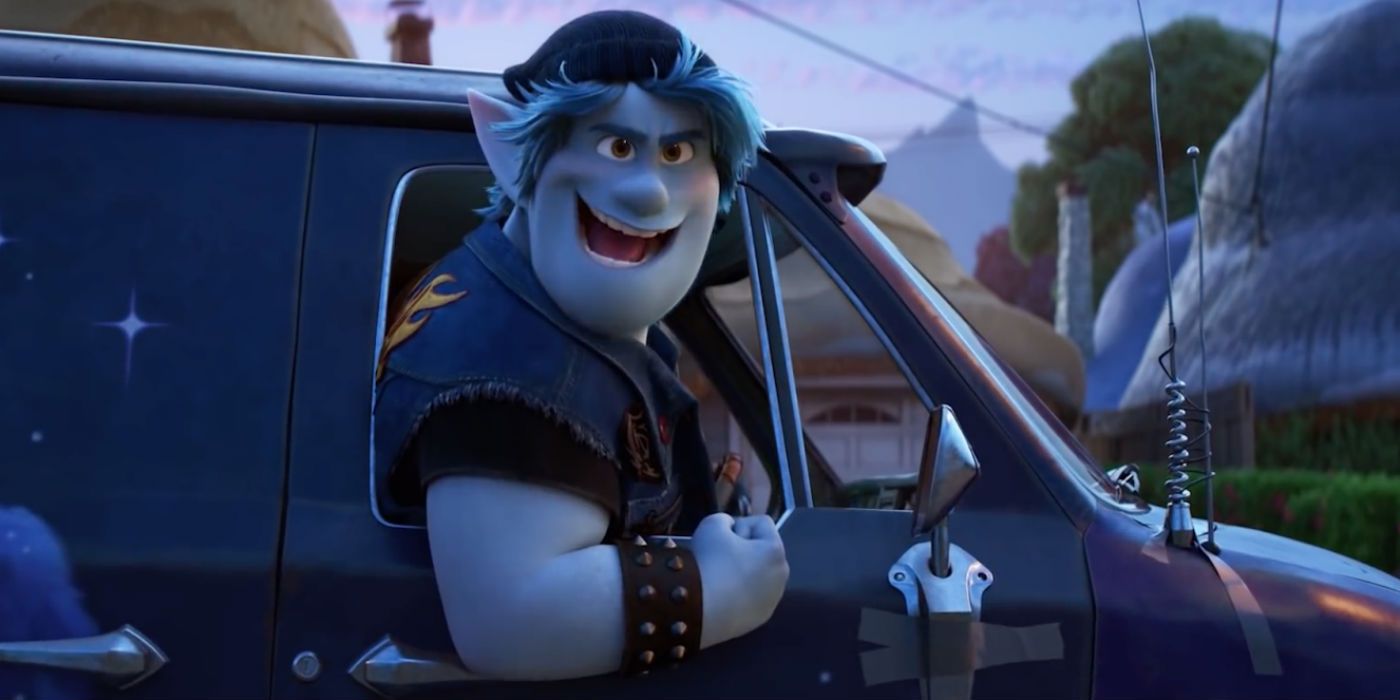 Artist Sweet Cicely Daniher is suing Disney and Pixar for using her “Vanicorn” in upcoming animated film Onward. Onward is the emotional coming-of-age story of two teenage elf brothers named Ian (Tom Holland) and Barley (Chris Pratt) Lightfoot. The brothers set out on a magical road trip to try to see their father who died before they got to know him. The elf tale is set to hit theaters on March 6th, 2020.

Daniher is an artist and tattooist who uses photography to prove that unicorns do exist. In 2014, Daniher published a photography book called I See Unicorns that features everyday objects photographed to look like unicorns. She also dabbles in watercolor painting, of unicorns naturally. Daniher has also taken her love for unicorns off the page. She drives a fan with a unicorn that she has painted on the side that she calls the Vanicorn.

According to THR, Daniher is suing Disney, Pixar, and Onward producer Kori Rae for copyright infringement, among other violations. Ian and Barley Lightfoot travel in a van that is the same color as hers with a unicorn painted on the side in their journey to find their father. Daniher initially discovered the eerie similarity on May 31st, 2019. She posted a comparison picture on Instagram with a picture of her posing by her Vanicorn on top. She then included a picture of the Onward elves sitting on their own Vanicorn on the bottom. Check out Daniher's post below:

Daniher posted the image a second time on June 3rd, sharing that Onward producer Rae called her after seeing the first post. Rae allegedly apologized and admitted that they fully intended to use the Vanicorn as a character in Onward after renting it for an event. Disney discovered her after an article featuring her Vanicorn went viral in 2018. Pixar reached out and asked the artist if they could rent her Vanicorn for an event. Pixar allegedly promised that the van would solely be used as a visual prop for a music festival thrown for friends and family of the company. Rae claims the reason they didn't tell Daniher their full intent for the Vanicorn is because they didn't have a name for the film it would be used in at the time, so Daniher wouldn't have been able to sign a nondisclosure.

It's a shame that Disney may have infringed on the work of small artists when they have their own team of talented, well-paid people. Whether its from lack of innovation or wanting to hop on trending artwork, its unfortunate to think of a big corporation that's essentially a monopoly in its own right stealing from artists who are working incredibly hard to make it on their own. Disney could have given Daniher's career a big boost if she was given proper credit. Regardless, Onward looks like a unique movie with quirky protagonists and a storyline that has the potential to tug at audiences' feels like every other Pixar movie. Young audiences and die hard Disney fans can see the Vanicorn in action when Onward releases on March 6th, 2020.

Next: Every Upcoming Animated Movie To Be Released In 2020