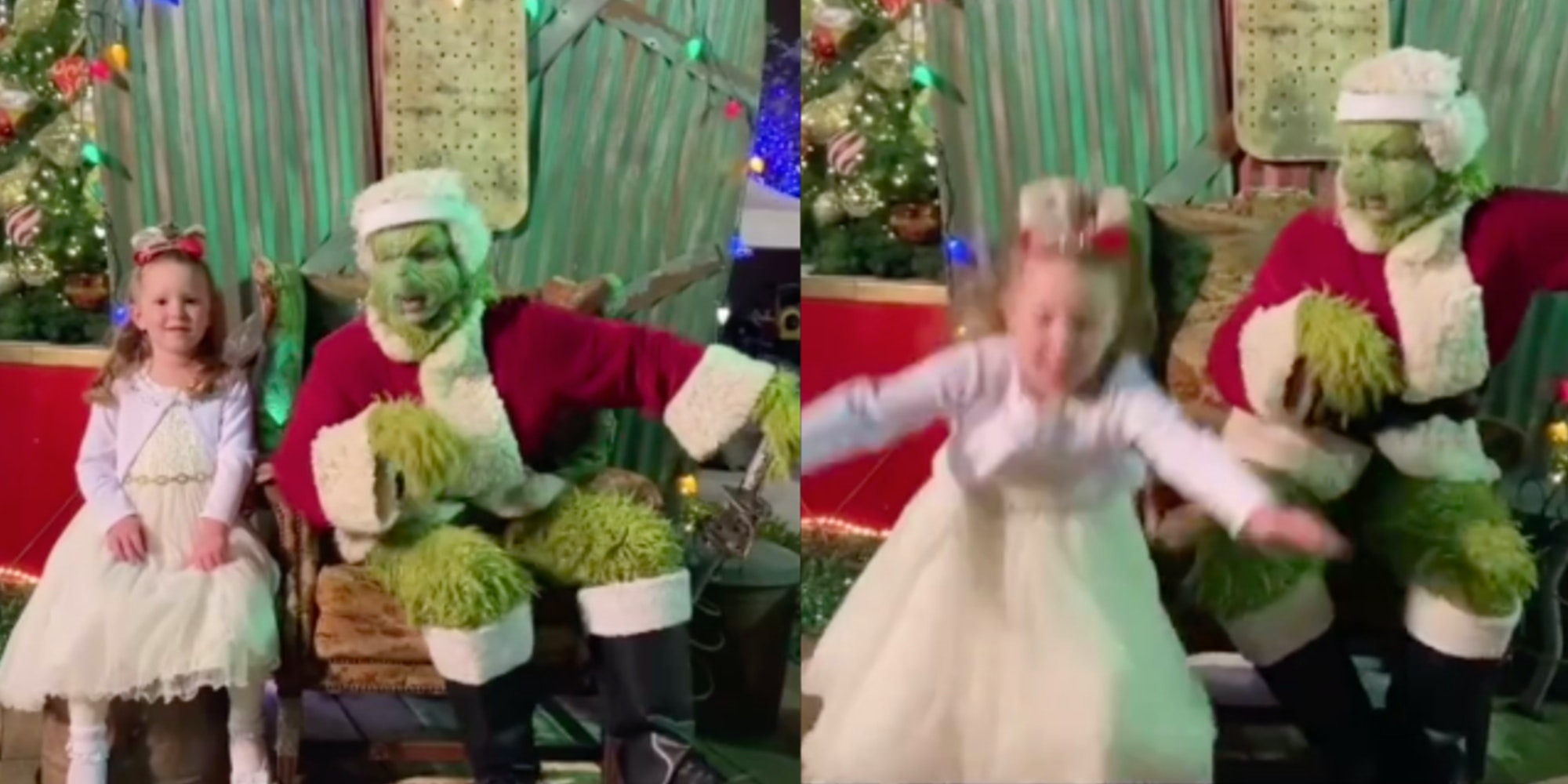 A prank that entails a child believing they are taking a Christmas picture with the Grinch only to be flung out of their seat is dividing viewers on TikTok.

In a video that was uploaded to TikTok by user @stevenpenn, a little girl is sitting next to the Grinch, who is dressed as Santa and wearing a protective shield, on an overturned trash can. The iconic Dr. Seuss character turns to the child and says, “We're gonna look at mommy's camera, OK? And on the count of three, we're gonna say, ‘weeee,' OK?”

On three, the Grinch pulls a lever that launches the child from the seat. She lands on the ground, which is cushioned. She looks back at the Grinch and then at her guardians. “No reaction out of this one,” the Grinch says, referring to the child's apparent emotionless state.

“It's the look of betrayal for me,” @stevenpenn captioned the video.

While most viewers seem to love the prank, some think it's “sad” and “incredibly mean.”

“I know this is meant to be humorous, but I seriously think this is just incredibly mean. This child … feels betrayed and is damaged for life,” one TikToker commented.

Another said that the child looked “embarrassed” and that her reaction made them “sad.”

“OMG I could never do this to my girl! That poor girl has trust issues for the rest of her life,” a TikToker added.

Others are flooding the comments section to discuss the users getting upset by the prank. “If (you're) mad at this please don't have kids,” one said.

Since being posted earlier in the week, the divisive video has been viewed over 11 million times and liked more than 2 million times.

These are not the first guardians who have enlisted the Grinch to prank their children for Christmas. In another more widely known prank, the Grinch sneaks up behind children to scare them when they are mid-Christmas photoshoot. Several videos and photos featuring this prank have gone viral over the past few years, and it is similarly controversial.

The post ‘This is just incredibly mean': Viral Grinch prank on child is dividing viewers appeared first on The Daily Dot.