From the start of the pandemic, and increasingly so as 2020 approaches its end, 2021 has been thrown around as something of a magic time when things will start to return to normal. When we'll be able to gather for concerts again and stop wearing masks is anyone's guess. But what about travel? The air travel industry has been absolutely pummeled by the effects of the virus. While it's affecting lots of aspects of travel, such as these things you won't be able to do on airplanes anymore, how will it affect actual costs? We spoke to Robert Feinberg, Member Operations Manager of deals site Scott's Cheap Flights, about what he thinks we can expect from airfare in the coming year.

How have airfare trends changed in 2020?

You may have heard of people snagging cross-country flights for a hundred dollars. While that certainly feels unprecedented, what's the bigger picture been like? Well, Feinberg can certainly provide the bigger picture—and it shows that many fares have actually seen major hikes. “The pandemic has certainly upended a lot of the multi-year price trends we were seeing pre-COVID,” he says. “Before the pandemic, we were seeing fares to Europe broadly get lower and lower.” But around April, those fares did an about-face, becoming “consistently higher than much of what we've seen across the last 2+ years.” The same goes for flights to Southeast Asia, “another region where prices were trending down and have been several hundred dollars higher on average than pre-crisis.”

Why did these prices spike?

You'd think that financially suffering airlines would want to offer dirt-cheap prices—and we have seen that. But airlines have a reason to hike international flight costs as well. “Airlines are figuring that anyone needing to travel at the moment to farther away places like Europe and Southeast Asia have a compelling reason to travel and are thus more price-insensitive,” Feinberg explains. “They know leisure travelers (which are by far the most price-sensitive travel group) aren't booking in large numbers to these destinations just yet, so they're hoping to recoup some revenue by keeping prices high for folks who can't wait and don't have a choice but to pay whatever the price is.”

But other fares (mostly domestic) have dropped

Those crazy-low prices you've seen, though, are very real. “Many airlines have used their extra planes sitting around to add new nonstop flights to leisure destinations, like Florida, from cities that haven't had much nonstop service to those destinations before,” Feinberg says. “In general, airlines are desperate to get seats filled, and domestic travel…is the best way they can do that in the short term, so we've seen lots of super-low fares domestically.” He adds that nearby international destinations, like the Caribbean and Mexico, have had some fares plummet too. And even some faraway destinations have had the odd “eye-poppingly low fare” show up, such as Japan: “We found Pittsburgh to Tokyo for $173 roundtrip [in August].” This is how many Americans would be willing to take a domestic flight right now.

Some airlines aren't in as bad shape as you think

For all the news about airlines being devastated by COVID-19, Feinberg says that not all of them have fared so badly. “Despite the losses, some airlines…are in a more stable position with loads of cash on hand,” he said, naming Delta, American, and United. “Delta ended Q2 [in June] with almost $16 billion in cash still in the bank.” These major airlines “haven't quite resorted to the across-the-board fare cuts like some other, more cash-strapped airlines like TAP Air Portugal and Spirit Airlines have.” He adds that almost all airlines have gotten pretty hefty amounts of government aid, helping them pull through. Customer satisfaction, though, is a whole different matter—this is the airline that's gotten the most complaints during the pandemic.

Well, Feinberg agrees that the dawning of 2021 won't be a miraculous moment where things right themselves. “I think the timing of a potential vaccine and outbreak numbers will likely be a bigger factor than the start of the new year,” he explained. “If outbreaks around the United States and around the world continue at the same pace and there's no vaccine into next year, it's hard to see much changing from where we are now.” Here's an idea of when we might have a coronavirus vaccine.

Will a vaccine return things to normal?

Probably not instantly, but Feinberg believes it will be the biggest factor to returning things to a pre-pandemic normal. “While folks may not hit the air immediately after a vaccine is introduced, I think it's a fairly safe assumption that many people will feel more comfortable planning trips for the future,” Feinberg says. So there could be a bit of a “grace period” as fliers start to test the waters and fully adjust to the reality that things are safe. Learn about the many new air travel rules you need to follow because of COVID-19.

There's still a lot of abnormality to correct

Sure, as people return to the air, you could expect prices to go up a little. But so much has changed for airlines that it's not that simple. “While, generally, an increase in demand means higher prices with a stable supply, there's still a tremendous amount of idle planes and empty seats,” Feinberg says. “It's likely that once folks begin to think about travel again but aren't quite sure if they're ready to pull the trigger, the airlines will try to put their thumb on the scale with some great prices that just can't be passed up.” Find out the airlines that might put you on a no-fly list if you don't wear a mask.

And if the first half of 2021 doesn't see a widely available vaccine?

It's a reality no one really wants to consider, but one that's seeming increasingly likely. And airlines don't want it to be the case any more than the rest of us do. “If the low demand for travel goes well into next year, it's foreseeable that airlines may take even broader long-term measures to reduce capacity, like shrinking fleet sizes (and retiring larger planes) even more than they already have,” Feinberg predicts. And if things get really bad, he says, we could see airlines combine or some go under completely. “New airlines might not launch as planned, and planned new routes might not come to fruition,” he said. “JetBlue's highly anticipated London service has already been delayed a year, for instance. All of these factors would point to some higher fares over the long term.”

One thing that you'll see less of? Change fees.

A huge bit of airline news that broke at the end of August was four major airlines' elimination of change fees. United, Delta, American, and Alaska Air will no longer be charging change fees—”penalty fees” that you pay to make a change to your ticket. (Southwest had already eliminated them.)

But, as Scott Keyes, the Scott's Cheap Flights founder, explains, there are some unfortunate loopholes. “The new policy doesn’t apply to basic economy tickets,” he explains. “You have to pay for main economy in order to benefit. It’s like if Best Buy implemented a new policy of free exchanges on new TVs, but only if you bought their more expensive models.” Additionally, Keyes adds that for some airlines, this fee-waiving only applies to domestic flights. (United and Delta, for instance, waived them for domestic flights but not for international.) But Scott certainly believes that this is some progress, as airlines have started to take the unpopularity of change fees into account. Check here for a Scott's Cheap Flights' full report on this change fees cancellation and what it means. Plus, find out the most trusted airline in America.

Overall, what can people expect for 2021 (and beyond)?

Well, Feinberg admits that he certainly doesn't have all the answers, and we'll all have to wait to see how it shakes out. “With soft demand, the most impactful thing that airlines can do to fill seats is to slash airfares,” he says. “Even though a Japan trip next year wasn't on the radar for a lot of folks, we heard from dozens of members who booked that the fares were just too unbelievable to pass up.”

So keep an eye out for flight prices staying on the lower end, especially for closer destinations. “Overall, I think we'll continue to see plenty of great domestic fares and deals for those closer international destinations,” Feinberg predicts. “I think fares to farther-away destinations that have had permanent service reductions may stay up a bit closer to the higher average prices from 2018 and earlier than the lower 2019 averages we saw, but we'll still continue to see some great deals pop up—albeit perhaps slightly less frequently than before.” Next, learn some (sometimes gross) things airlines are doing to save money in COVID-19 times.

CNN: “Fauci says normal life may not be back until the end of 2021”
NBC News: “Delta, American, join United Airlines to permanently scrap ticket-change fees” 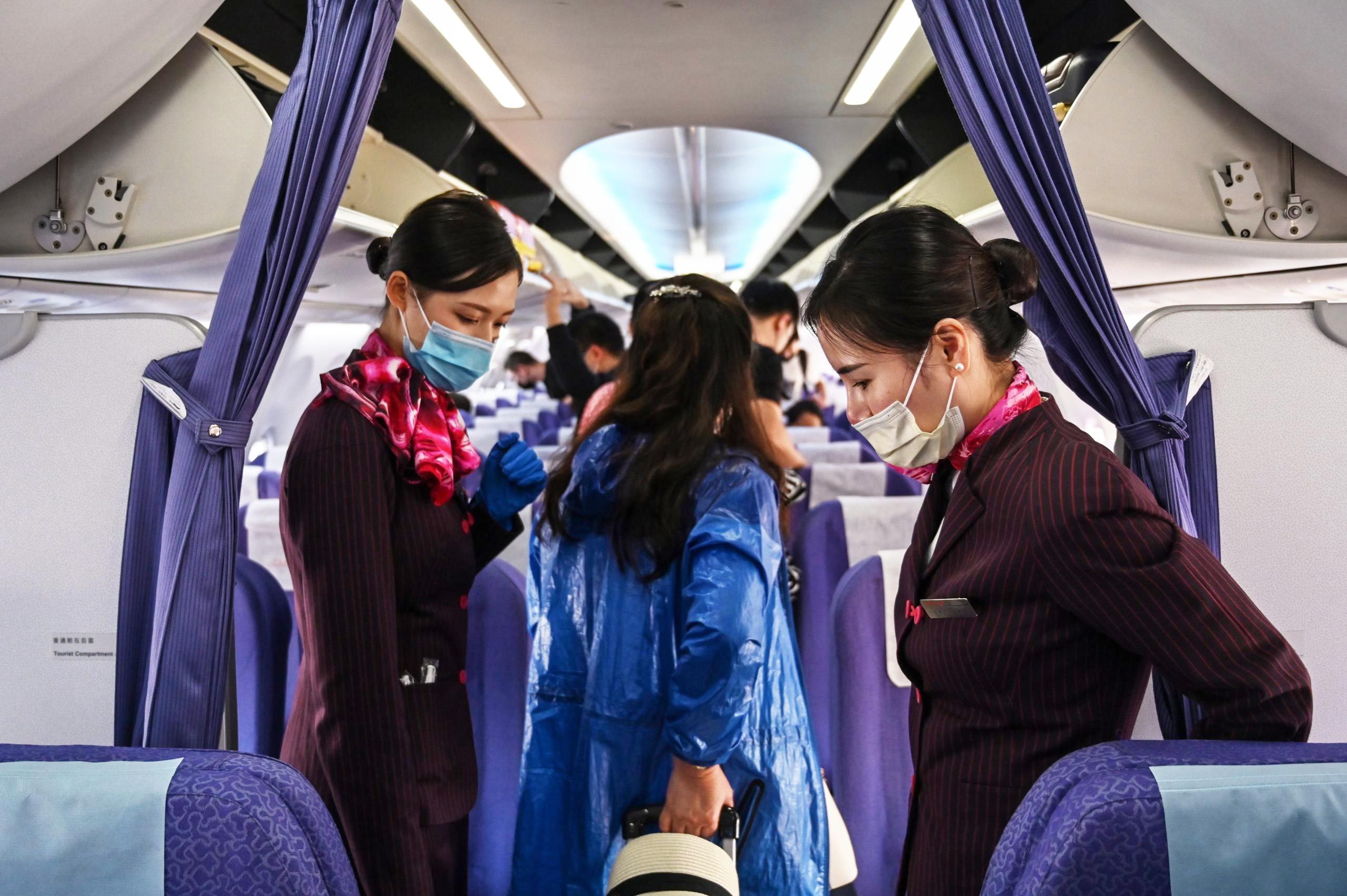 Photos That Show the "New Normal" of Air Travel 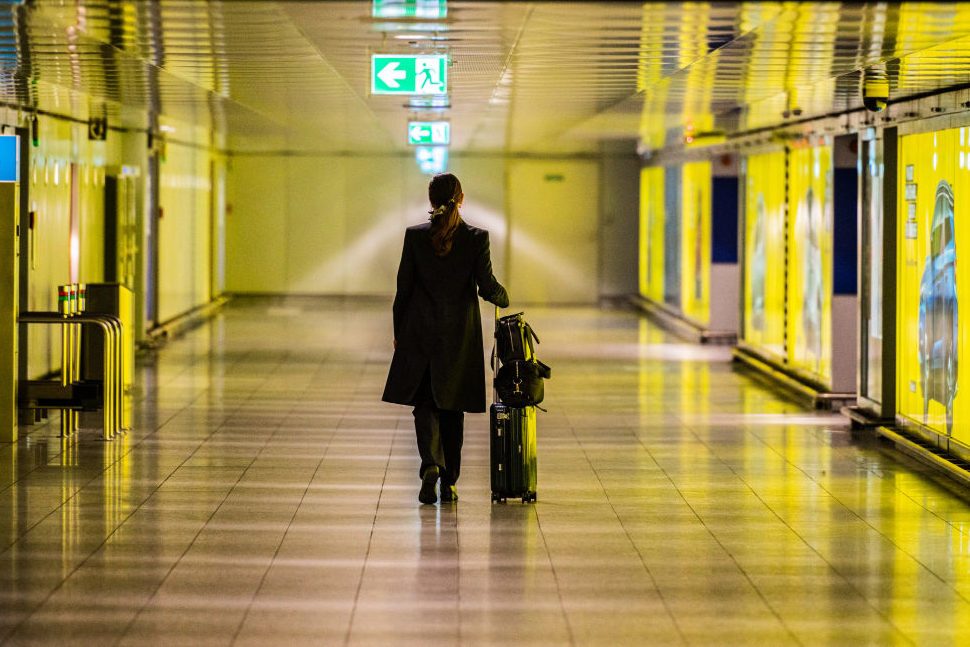 Rules the CDC Wants You to Follow Before Traveling Again 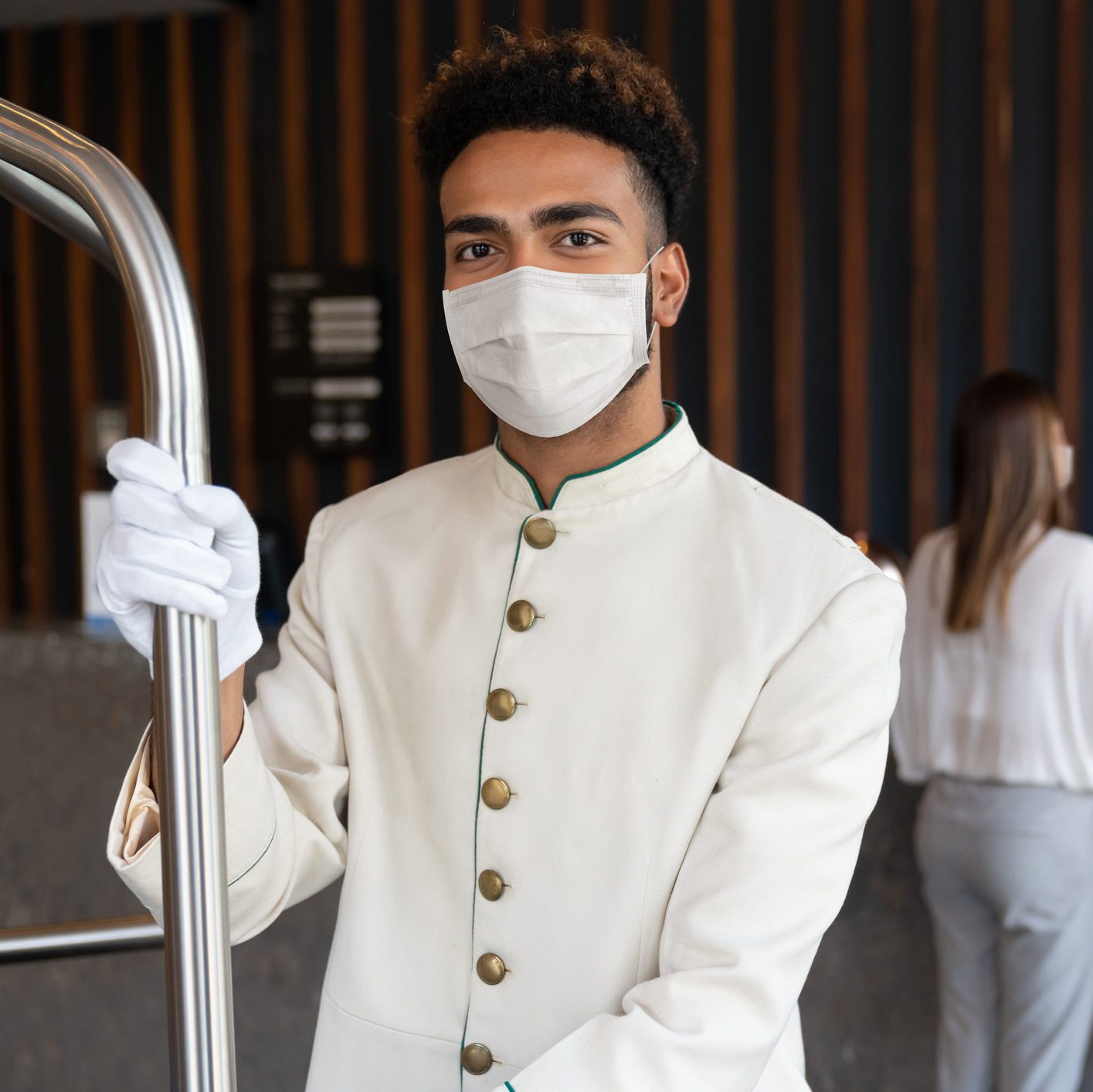 Things You Shouldn't Do at Reopened Hotels