ICYMI, the former Bachelorette came under fire this weekend after a video clip of her saying the N-word while singing along to DaBaby‘s Rockstar went viral and drew the ire of fans and Bachelor Nation alums alike. While many have already decided that Miz Brown is canceled, the one-time contestant is urging his followers to respond with love instead of hate to give the reality TV star another chance.

For the record, there's no excusing what Hannah did and even she knows that! The 25-year-old issued not one, but two different apologies about the matter, although the latter was undoubtedly more sincere than the first. As critics continue to voice their opinions amid the ongoing fallout, Tyler took to his Instagram Story on Sunday and argued:

“In these moments, you have the opportunity to burry someone or lift them up. We need to lift HB up from this. She is learning and growing just like every single one of us. Love rids hate. Hate only makes more hate. Let's learn and lift each other up with love.” 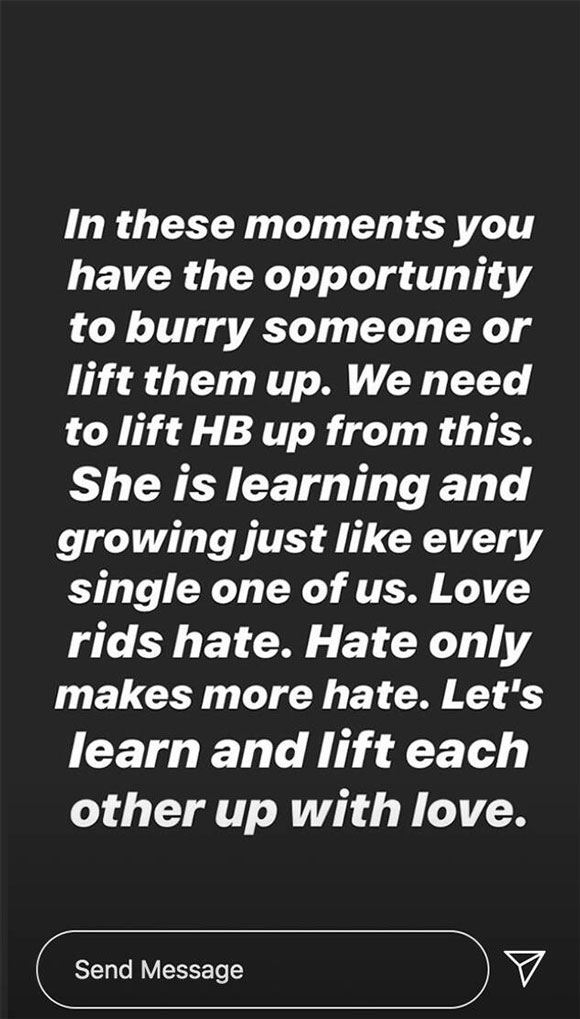 Tyler believes this is a teaching moment for everyone. / (c) Tyler Cameron/Instagram Story

Wait, did he just pull that from a Martin Luther King Jr. speech or what?! Cameron also reposted a clip where Bachelorette alum Rachel Lindsay addressed the controversy and continued:

“Rachel hit the nail on the head. Y'all need to look at the comments. We have a long ways to go on this issue and a lot to learn. If you find yourself getting defensive, you are part of the problem.”

He went on to address people across social media who defended Hannah's use of the word:

“This is not about dragging HB. This is about using your platform for reasons like this. So we can educate those who don't get it. This is bigger than HB. This is a societal problem. Those that say it's part of the song and that they can sing it are so out of touch. HB is not racist. I know. But blaming the rap artist is not the answer. Educate yourself and listen to what Rachel has to say about the word bitch and hopefully it'll start to click for you.”

The 27-year-old seems to understand HB's move was inexcusable, but he wants us all to focus on the bigger picture, which is making sure instances like this stop happening altogether! He might be more inclined to lead with kindness given the soft spot that clearly still exists for his ex-girlfriend, but his logic is pretty sound here. And as we mentioned, he's hardly the first to speak out about the issue. 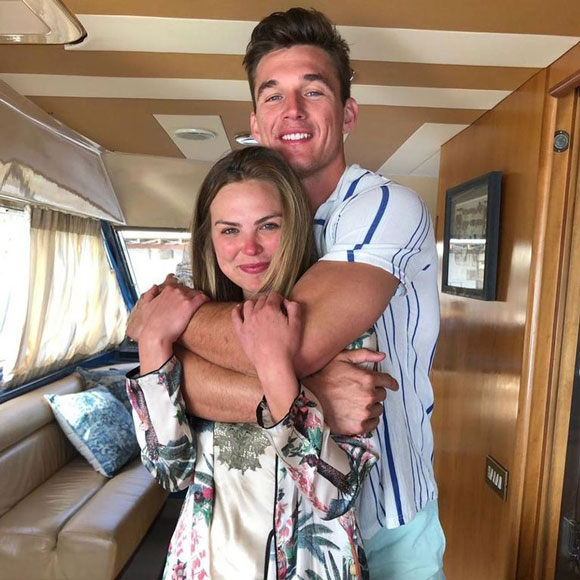 For those who didn't catch Hannah's revised apology, she said:

“I owe you all a major apology. There is no excuse and I will not justify what I said. I have read your messages and seen the hurt that I have caused. I own it all. I am terribly sorry and know that whether in public or private, this language is unacceptable. I promise to do better.”

But this came only after Lindsay, the ABC franchise's first and only Black female lead, challenged her for copping out the first time fans expressed anger over the clip:

Do you think any of this will make a difference for Hannah's reputation?

The post Tyler Cameron Asks Fans To ‘Lift' Up Hannah Brown With Love After Her N-Word Controversy! appeared first on Perez Hilton.