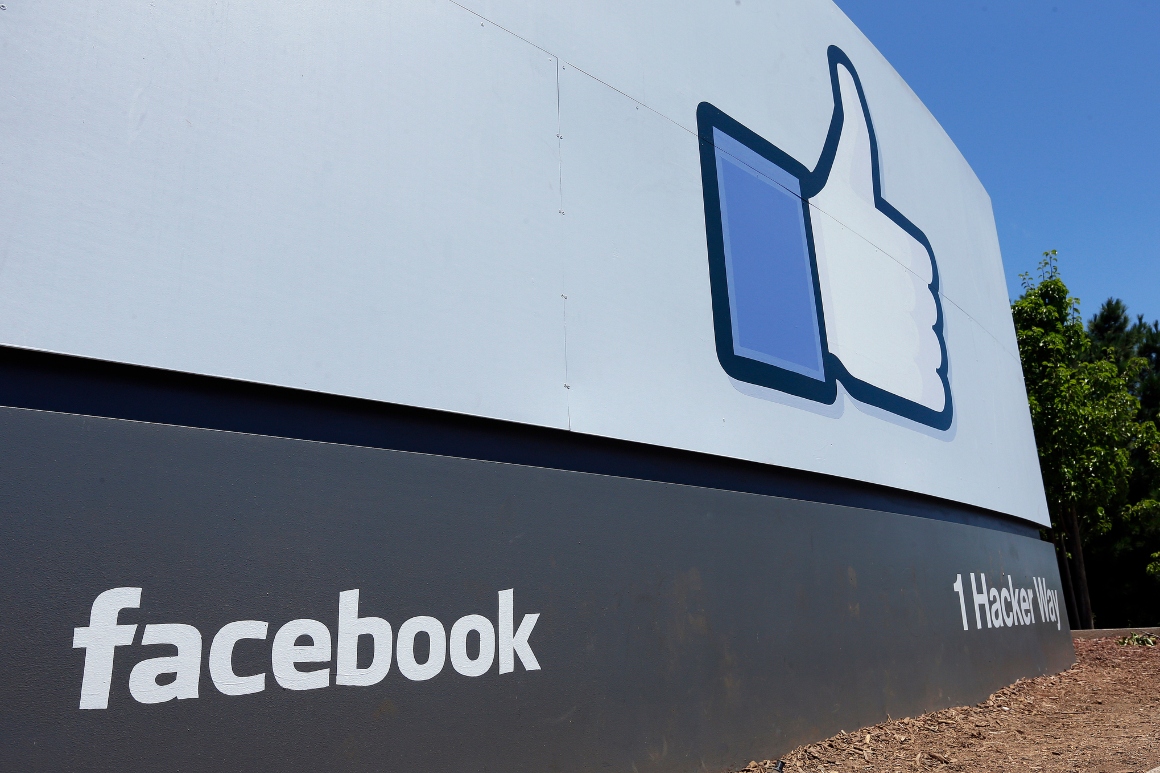 A recently formed nonprofit with prominent connections to the U.S. labor movement has vaulted into the upper ranks of Facebook political ad buyers in several crucial swing states, an analysis by POLITICO found — showing the social network’s continued role as a conduit for hard-to-trace online spending.

WorkMoney, which says its mission is to offer nonpolitical financial advice for people suffering from the coronavirus, has spent $4.5 million on these social media ads since its Facebook page was created in March. Those ads almost exclusively target people in election battleground states.

Since July, the earliest state-based figures available, WorkMoney has been among the top 10 political ad buyers on Facebook in states like Pennsylvania and Michigan, behind spenders such as the campaigns of President Donald Trump and former Vice President Joe Biden, according to data from the New York University Ad Observatory. Until mid-October, it was also in the top 10 political advertisers in Florida before other groups began spending big ahead of next week’s election.

Its ads include calls for voters to fill out online polls, which request personal information like cellphone numbers, employment status and addresses. But some of the group’s communications, including text messages to people who have signed up for its members’ list, also include criticisms of how the Trump administration and Congress have handled the pandemic that has killed more than 220,000 Americans.

"Many people near you … have already called on President Trump to quit the word games and get this done," read a text sent on Oct. 13. "The Senate's spending all its time on hearings, doing absolutely nothing on more stimulus or pandemic unemployment."

WorkMoney founder CJ Grimes, a 13-year veteran of the Service Employees International Union, said in an interview with POLITICO last month that her group is nonpolitical. She said she had targeted most of her Facebook spending in six battleground states because that was the best tactic to get politicians’ attention.

“We had to start somewhere,” said Grimes, whose former employer is one of the country’s largest labor unions. “Swing state people are the only people that Washington is listening to.”

Grimes served as SEIU’s digital program director until 2017 and, subsequently, as a senior official of Fight for $15, the union-backed campaign for higher minimum wages, according to her LinkedIn profile and separate corporate filings.

Grimes said WorkMoney is not affiliated with the SEIU. The union likewise told POLITICO that it was not involved with the group.

Like many nonprofit groups that spend money promoting social and political causes, WorkMoney is registered under Section 501(c)(4) of the U.S. tax code and has no obligation to publicly disclose its donors' identities. Other major players in U.S. politics using the same tax-exempt status include the National Rifle Association and the American Civil Liberties Union.

While far from unique in the world of online influence, WorkMoney’s activities illustrate how groups of all political stripes can still use Facebook to target voters while disclosing little about who is behind their efforts, despite the company’s pledges of transparency. They also underscore the difficulty of determining who is funding major influence campaigns with just a week to go before the November election.

“They were a major spender,” said Laura Edelson, a researcher with the Ad Observatory, a Facebook political ad transparency project housed at NYU’s Tandon School of Engineering. “It’s a pattern of spend from an advertiser who wants to reach swing state voters.”

WorkMoney’s Facebook page lists more than 21,000 followers and was created in mid-March, just weeks before President Donald Trump signed a $2 trillion Covid-19 relief package. It describes itself as “a not-for-profit group that helps Americans figure out how to navigate the worst economic catastrophe of our lifetimes.”

The group’s $4.5 million ad spend is roughly one-third more than what the NRA and its affiliates have spent on Facebook ads in the 2020 election cycle, according to POLITICO’s analysis. But other politically active nonprofits, like the left-leaning group ACRONYM, have outspent WorkMoney since the summer, based on Facebook’s transparency data.

Facebook and Google have imposed rules that require buyers of political digital ads to provide some evidence of their identities, like a unique ID number issued by the Internal Revenue Service or the Federal Election Commission. But campaign finance laws and the opaque U.S. tax code allows nonprofits’ activity and donors to remain largely cloaked in secrecy.

POLITICO uncovered WorkMoney’s spending when reviewing state-level political ad purchases on Facebook since the summer. It noticed the group was among the most active spenders in the build-up to November’s election, either by an official campaign or outside group.

Grimes said in an interview that WorkMoney had signed up roughly 1 million voters, mostly from battleground states, to join the group, whose stated goal was to help people with their finances amid the pandemic. POLITICO was unable to verify the validity of her statement.

She said the group eventually wanted to engage and organize its members to push lawmakers to offer greater support during the Covid-19 pandemic, citing the AARP as an example of what she hoped to achieve. “Our goal is to become a force that politicians and decision-makers have to take seriously, and to pressure them to do the right thing,” Grimes said.

She said that she wanted the group to have a physical footprint with the potential for local chapters in the future. “I think we have to do real work with people in cities about what they need,” she said. “Something with a little bit more brick-and-mortar local stuff, in its maturity.”

The group’s digital outreach, which is conducted via text message and email, encourages those who have signed up to share their economic situation. A mid-September message sent to a POLITICO reporter’s phone asked, “did you or a loved one get COVID-19?” Later messages asked about prices at local grocery stores.

It has also sent messages responding to the latest pandemic-related developments: “The news is jolting — Pres Trump and Melania have COVID,” an Oct. 2 text read. “They are in our thoughts, along with the millions of Americans still sick with COVID.”

The group also has advocated for House Democrats’ proposals to provide another round of coronavirus relief, and called on Trump to support a Covid stimulus package. A recent text pointed supporters to claims that Biden’s financial support plan would be more generous than what Trump’s administration was offering.

Grimes said WorkMoney’s donors are from across the political spectrum, but declined to offer specifics on the organization’s finances, a not uncommon stance for politically active nonprofits. Because the group was formed in early 2020, it is not yet required to file annual tax documents with the IRS that would provide limited insight into its finances.

When asked for comment on WorkMoney’s activities, Facebook said it had taken steps to make political ads more transparent. It also called for updates to U.S. campaign finance laws, adding in a statement that “we can’t solve this alone.”

Despite Grimes’ willingness to discuss her group’s intentions — including efforts to help millions of Americans to receive more financial assistance from the federal government — WorkMoney is not vocal online about its ties to left-leaning groups.

Its website does not mention Grimes and her previous work as SEIU’s digital program director. When asked about her lack of a profile in her organization’s campaigning, the former union official said that she preferred to focus on WorkMoney’s members.

The group’s business address is also a Wisconsin office of a so-called registered agent service, or third-party group that shields the identity of the organization’s backers, according to a review of Wisconsin corporate filings. Such practices are not unusual for political nonprofits.

Although the group has kept a low-profile online, it has multiple ties to liberal organizations and consultancies.

WorkMoney’s Facebook page is managed, in part, by M+R Strategic Services, a Washington-based political consulting firm that has almost exclusively left-leaning clients, according to a review of WorkMoney’s social media activity, corporate filings and campaign finance records. The consultancy has worked as a vendor for both United We Can, the SEIU-funded super PAC, and the labor union’s organizational PAC, according to campaign finance records from the groups.

M+R told POLITICO it had been hired to manage WorkMoney’s Facebook page.

Grimes also worked at M+R for almost two years through early 2019 after leaving the SEIU, based on her LinkedIn profile. The former union official later became a director of Fight for $15, SEIU’s affiliated campaign to raise the wages of service workers nationwide, according to corporate records. She left that position in September 2019.

In the interview with POLITICO, Grimes said that she did not plan to share her members’ list with external groups.

“I’m pretty aggrieved by both sides,” she said when asked about her group’s political affiliations. “We’re just not partisan. It’s not about the left and right.”

Much of the group’s political advertising has focused on gauging people’s views on how the government has responded to the Covid-19 pandemic, including multiple advertisements that ask people to sign up for updates to the group’s activities.

After spending roughly $4.5 million on social media ads since March, WorkMoney cut back significantly on its spending in the middle of September, based on a review of Facebook ad data. Since the beginning of October, the group has again started to ask people — mostly swing-state voters — about how they are holding up, including if people are considering moving because of financial difficulties.

“What they were doing was building an operation, I assume, for the long term,” said NYU’s Edelson. “They invested a lot of money in the summer when it was economically efficient to do so.”

Grimes said the information would be used to build her group’s membership list for future political activism around Covid-19.

In a podcast with a British union in late 2018, the former SEIU official outlined how she had relied on social media — particularly Facebook — to reach potential supporters through advertising and viral memes as part of the union’s Fight for $15 campaign.

That initiative included using digital advertising to ask people for their personal information so that political organizers could contact them as quickly as possible.

"We designed a system where we would make sure that workers were seeing content [through paid advertising],” Grimes told the British union podcast. “So when workers clicked on it they would then go to a website, they would type in their information, and then organizers would get a list of those people to call within 24 hours.”