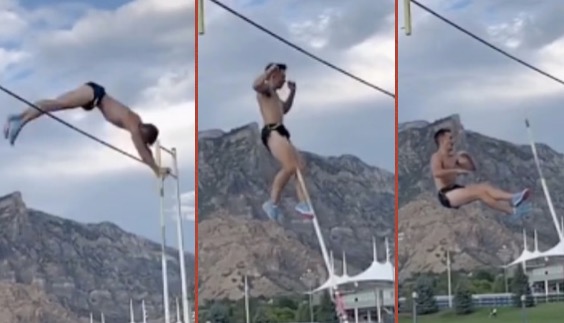 Fame is a fickle food, but we guarantee you won’t want to eat after witnessing how one college student arrived at his 15 minutes in the spotlight.

BYU pole vaulter Zach McWhorter was out practicing his craft when something went terribly wrong high above the ground.

McWhorter cleared the bar, but on his way down, the pole — and there’s no delicate way of saying this — pierced his scrotum.

After going to the hospital and getting 18 stitches (ow), McWhorter did what any gen z’er would do with the footage of his accident — he broadcast it on TikTok for the world to behold.

And behold it did, as the clip has over 5.8 million views at the time of this posting.

“That one time the pole went through my…” he wrote, adding, “18 stitches later… RIP to my future kids. #fail #polevault #byu”

@zach_mcwhorterThat one time the pole went through my

He shared a photo of his punctured shorts with Buzzfeed: 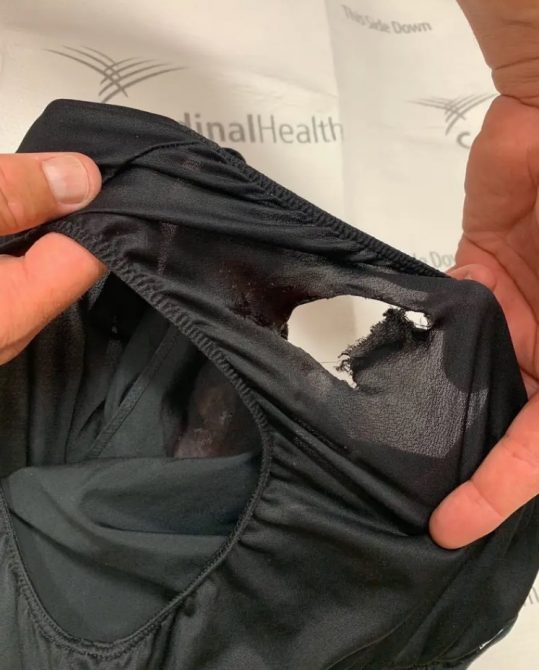 “Fortunately, as far as I know, there is nothing wrong with my testicles – just a scar,” McWhorter said. “One day, we’ll find out if they function or not …”