Trends are the currency of the Internet and TikTok is the breeding ground of today’s most permeating trends and memes. If you’ve heard it, seen it or laughed at it somewhere on social media, chances are it’s already gone viral on TikTok.

Everything happens bigger and faster here. Reigning queen of TikTok and member of the famed Hype House, Charlie D’Amelio, knows. The title makes you think she’s a pioneer, but she earned her following in just half a year. The 15-year-old has gained more than 29 million followers since joining the app last summer (side note: The writing of this draft could not keep up with her growth. She’s currently gaining roughly one million per week.) The teen is achieving what celebrities and top tier influencers take years and entire teams to do.

It may come as a surprise to you that the answers to your biggest social marketing challenges—growth, new audiences, relevance—may reside in an app most over the age of 25 avoid. But with 500 million active users worldwide, and rapidly growing, TikTok holds the keys to success for influencers and brands alike.

So in a culture saturated with 15-second dance challenges and esoteric comedy, how can the world’s most beloved brands find their footing and make their presence in the space move the needle? Here’s what you need to know.

TikTok doesn’t play by the rules

Social is an environment with a formula—share curated content, create a personal brand, amass a following, reach influencer nirvana. But TikTok disrupts that. That’s why it’s as frustrating as it is fascinating to break into for established influencers and brands.

Don’t let its Gen Z sensibilities deter you—TikTok democratizes content more than any other social platform. People don't have to establish significant followings to land on the For You Page (FYP), TikTok’s equivalent to Instagram’s Explore page. It’s a place where everyone has a shot. In fact, a running gag on the app is that creators are better off posting first takes. “Try less,” is the sentiment. And don’t be surprised if you get 400,000 likes for it.

The way communities converge is part of TikTok’s ability to spread influence farther and faster than any other social platform. Good dancers, bad dancers, average people with one good joke, doctors, teachers and journalists making sterile industries approachable, artists, the occult—they’re all brought together by the same songs and relatable jokes. Top creators in the app have massive recognition amongst the users as a whole, no matter what box they technically fit in. 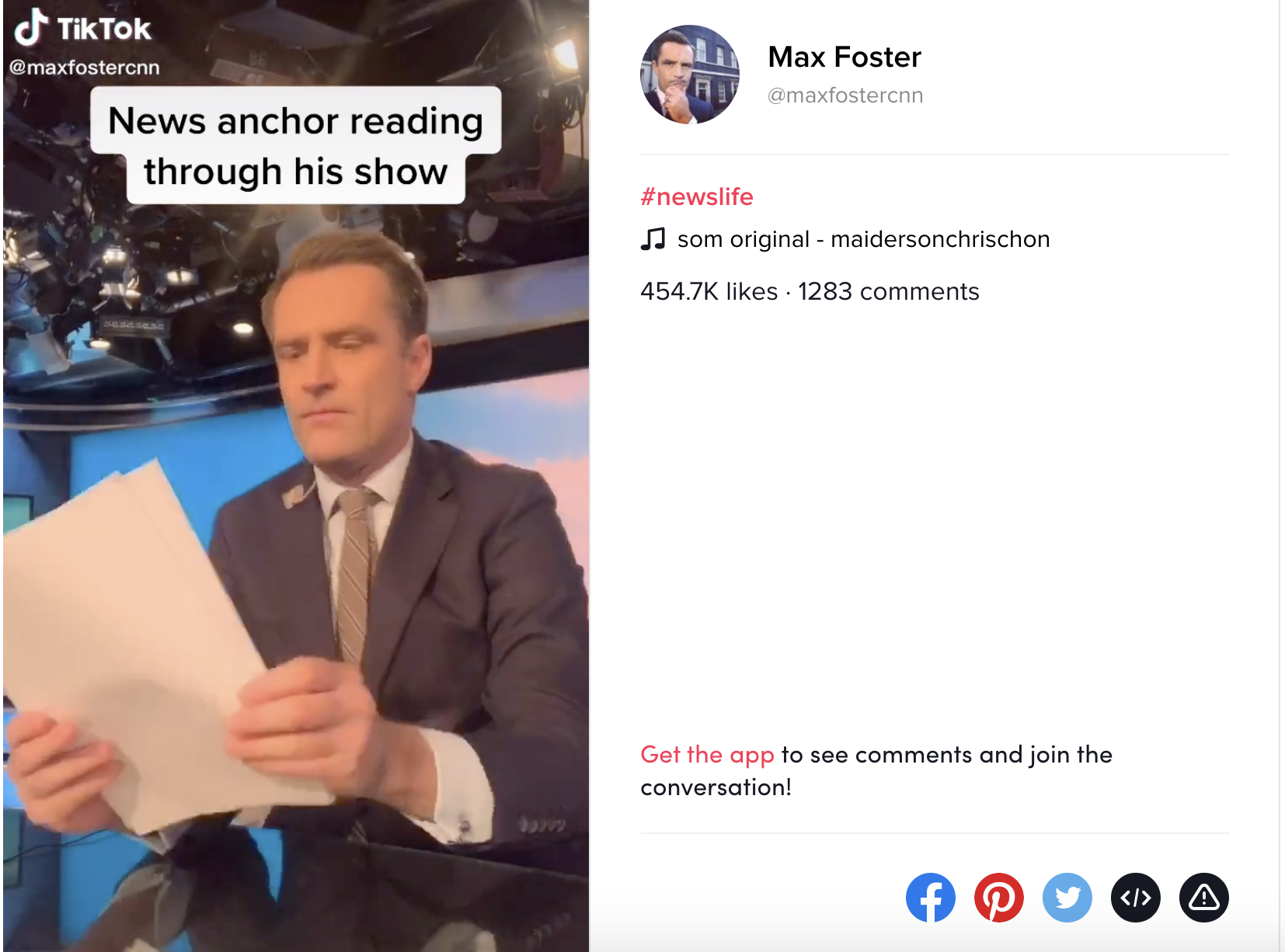 The community is a self-sustaining ecosystem. Familiarity with other apps won’t help you understand it in terms of content or function. It has its own language, one you only learn after weeks of consuming Doja Cat dance videos. TikTok’s content is purposely esoteric outside the confines of its native app. It all has a home where it makes sense and thrives. We’re only beginning to see what TikTok’s influence looks like outside the confines of an iPhone screen—at premiers, major sporting events and global fashion shows. 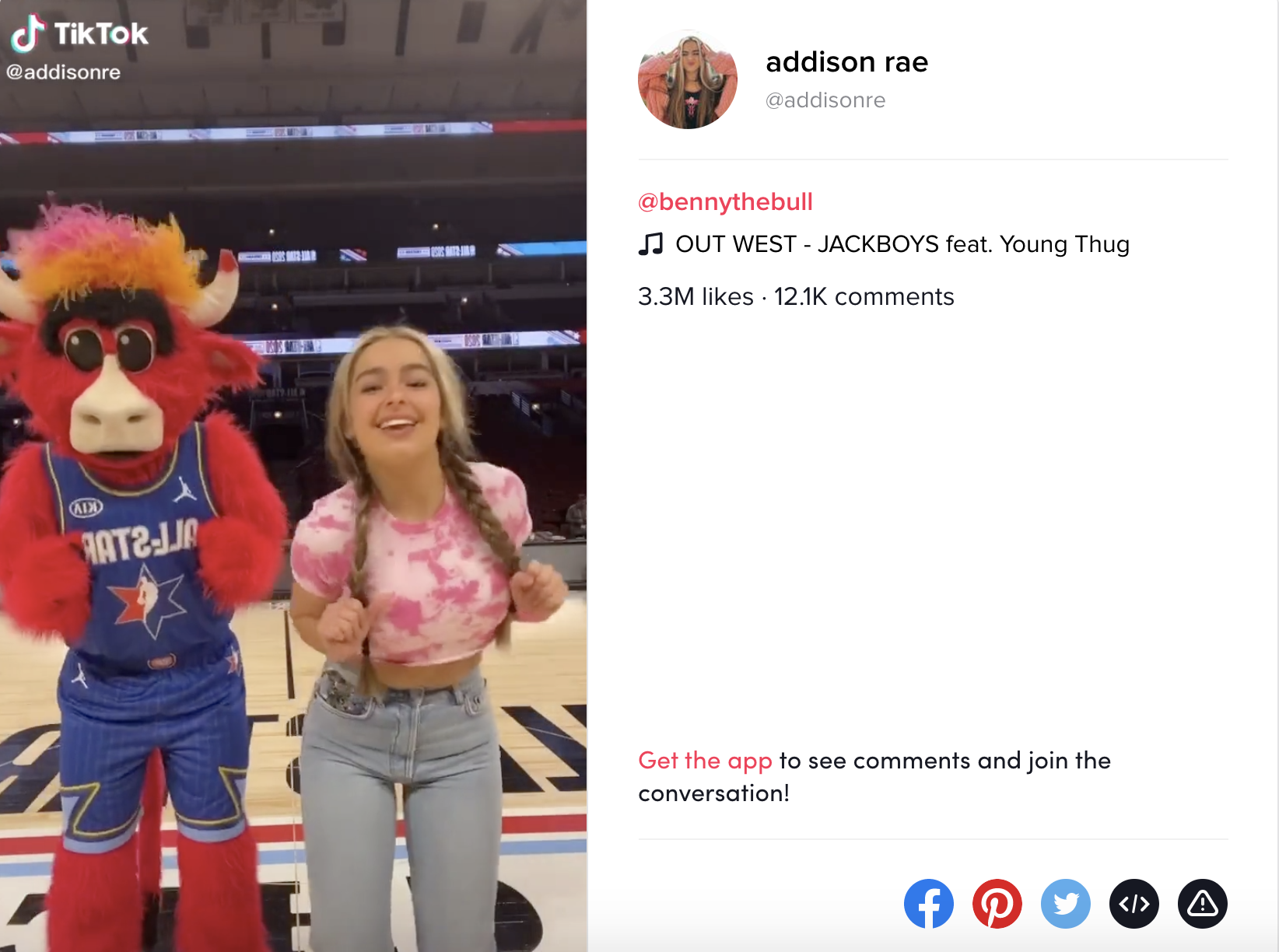 TikTok’s UI is another reason why viral content is so intuitive in the app, and why it spreads so fast and far. Unlike other platforms, where hashtags are king in search and discovery, on TikTok it’s sound. Every video published publicly becomes a searchable, usable sound. When you come across a tune or a funny soundbite you like, you’re able to tap the audio and discover an endless scroll of videos by creators putting their own spin on the sound.

The app is acknowledging that to make something memorable is a visceral experience. People recall sounds and feelings before campaign names and hashtags. They relate to the substance of the content, rather than the box it fits in. In this framework, it’s suddenly effortless to a) discover and keep tabs on trends, as well as their origins, and b) do it yourself.

Leading the charge for brands was beauty retailer e.l.f.. In October 2019, the brand dropped an originally produced hit “Eyes, Lips, Face,” in collaboration with a Grammy-award winning songwriter. The team behind e.l.f. ‘s TikTok efforts tapped a handful of influencers and the campaign spread quickly, driven by new creators using the sound to make their own content. Today, there are 1.7 million TikTok videos using that song and collectively the videos tagged with #eyeslipsface have been viewed nearly 4.5 billion times. No matter your interests, the next time you see e.l.f. products in Target, you’ll likely recall that catchy song you heard on TikTok. And suddenly, it's a name with clout to a new demographic.

Sounds may be the primary filter within the app, but hashtags are still a powerful tool in a brand’s TikTok arsenal. Take Victoria Secret’s #Pink2020 campaign. Tapping a sponsored hashtag takes users to a page engineered to promote engagement beyond views. In one spot, there’s data on total views to date, the ability to follow the hashtag, space for copy in the header, a Learn More button that can take you to the website and below that you’ll see every video created using the brand hashtag, from most engaged to least. You’ll also see tags in the upper corner of each video thumbnail letting you know which content is from an official partner and which content isn’t.

Even more compelling for brands and influencers, TikTok makes it quick and easy for users to literally follow accounts from social platform to social platform. A profile page can direct you to any of a brand’s social platforms with one tap.

What to do, what not to do

Many savvy brands have picked up on meme culture and run with it. Bon Appetit, for instance, collaborates closely and hilariously with fan-run Instagram account meme_appetit, where fans turn the chefs of the test kitchen into viral content. And Netflix, ever the social strategy show-off, is always in on the joke: the brand is never too serious to poke fun at itself and it helps Netflix fit right in on TikTok.

But not every brand is built to meme, and part of brands embracing the platform is knowing when it’s not a fit—and not forcing it when it isn’t. Don’t underestimate your social audience—they’re more aware and educated than ever, and that comes with a heightened sensitivity to ad content. Particularly when there’s a lack of transparency or respect for the quality of the content.

Some brands play right into the tropes that TikTok’s audience expects and rejects. One energy drink company, for example, is known to pay influencers to feature their product in any video, then asks that the influencer prompt their audience to follow the CEO’s social handles. It’s, as the kids say, cringe. As a result, the public associates the brand with shameless plugs, and the influencers who associate with their product for sponsored content are seen as sell-outs.

But it’s not all bad news for brands who want to use TikTok to augment other paid digital strategies. Fenty Beauty has found a place for its sponsored content on TikTok by thoughtfully collaborating with popular, relevant creators. Beauty influencer Abby Roberts shared a creative ad that fit right in on people’s feeds. When the content quality is there, the audience doesn’t mind if the caption says #ad. 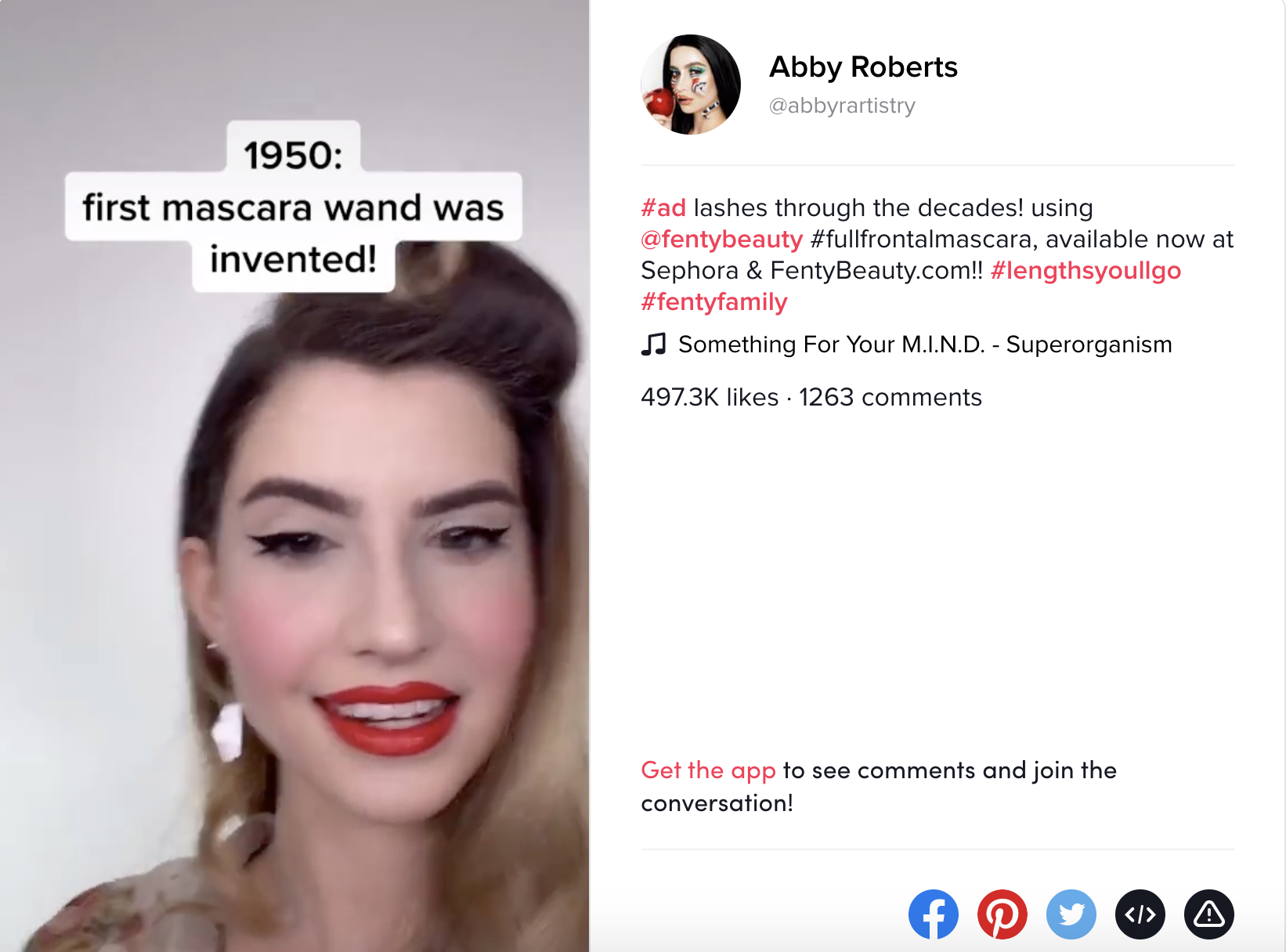 Ignoring opportunities, hopping on trends too late, adopting trends that don’t suit your brand—none of these actions are strategic. It’s important to be realistic about which trends suit your business and which don’t. But to know that means to have open ears and an open heart to platforms like TikTok.

A few months ago, to utter “brand opportunities” and “TikTok” in the same breath was laughable. Today it’s the fastest growing, most democratized social platform in the world, creating influencers by the minute. It’s not only perception, it’s in the interest of your business’s growth to flex out of your comfort zone and take a step toward making every platform work for you.

This post What brands are missing by sleeping on TikTok originally appeared on Sprout Social.