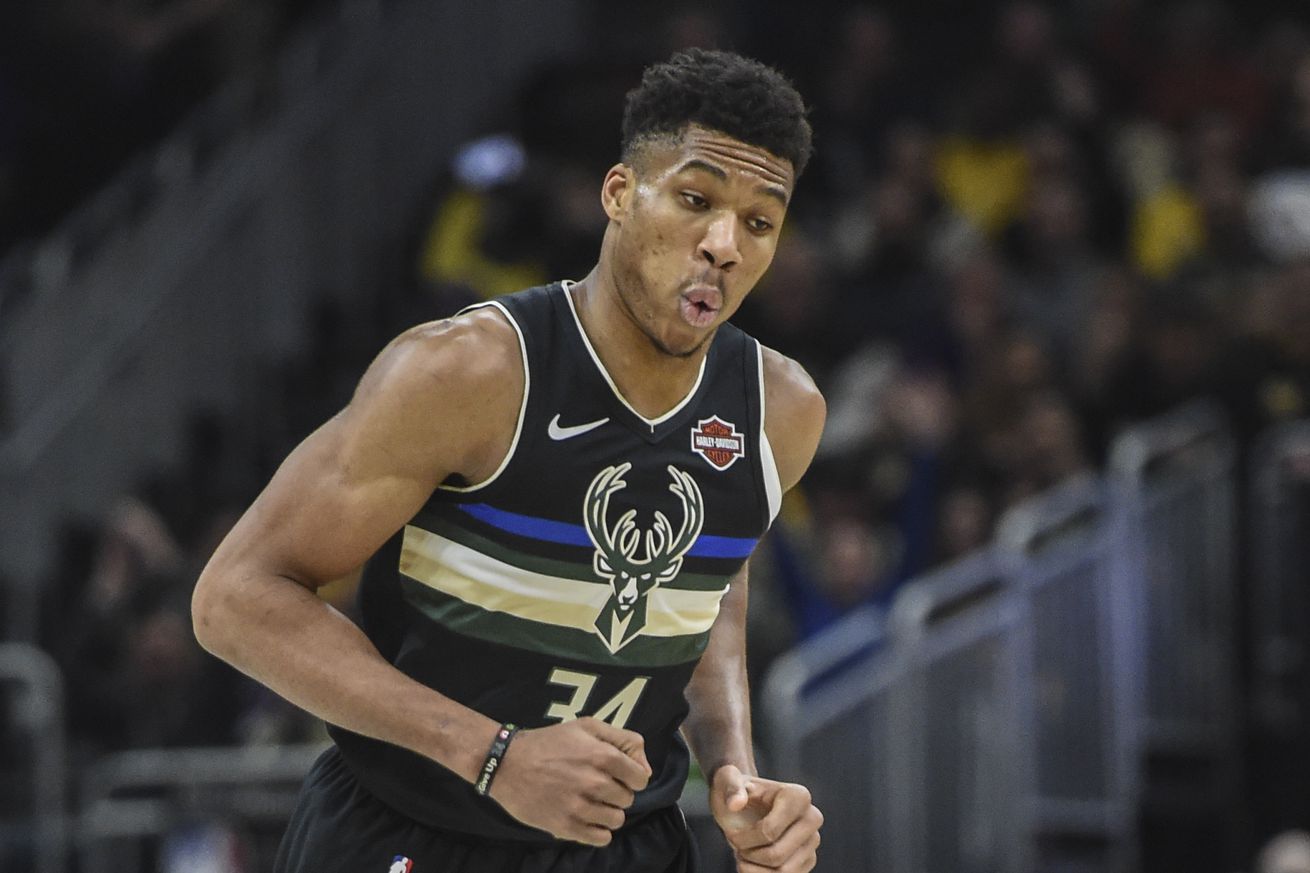 Antetokounmpo and the Bucks beat the Lakers and are indisputably the best team in the NBA. Antetokounmpo had a viral moment to go with it.

It’s hard to imagine Thursday night’s game against the Lakers going better for the Milwaukee Bucks than it did.

The Bucks won, 111-104, in the heavyweight match-up, laying claim to the mantle of the best team in the NBA. Milwaukee has beaten both LA teams now. The Bucks have early losses to Miami and Boston, and haven’t played Philadelphia yet (coming on Christmas). But there’s no dispute: the Bucks are better than a year ago because Giannis Antetokounmpo is better, and no team has been as good this season. They are the kings of the 2019-20 until proven otherwise.

Giannis was a master on Thursday, with 34-11-7 on 11-19 (5-8 from three) shooting. He also brought an edge, a verve to the game. And that was on full display in a viral moment caught by TNT’s cameras in which Antetokounmpo placed an invisible crown on his own head, and appears to say (though it’s tough to see) “I wear this s–t now!”

This is an amazing moment in Giannis’s arc as an NBA figure, of course, to have a game like this in a win like this against LeBron, largely considered the best player of the past 25 years, and someone many would still consider the king of the NBA. For Milwaukee, this is more: this is Giannis staking his claim, right now, to that status, as a Buck. This is not the action of someone who might be interested in teaming up with LeBron in a year and a half, right?

We’ll be reading tea leaves every day until something happens with Antetokounmpo’s future, and the tea leaves came up Milwaukee on Thursday. They look like a championship favorite, and Giannis looks comfortable in his own darn spotlight.

First things first: major win for the Rockets against the Clippers in LA. Houston is now 2-1 against the Clips this season, and beating LA with both Paul George and Kawhi Leonard playing is huge. But of course the thing everyone is talking about after the game is MORE BEEF between Patrick Beverley and Russell Westbrook! Beverley fouled out on a reach-in with three minutes left in a three-point game. Westbrook gave him a trolling wave goodbye as Bev was shuffled down the tunnel while barking back toward the court; Westbrook got T’d up for that. James Harden looked pretty mad at Russ for the mistake, but Houston held on. A solid 40 points on 31 FGAs for Westbrook (and also eight turnovers but let’s not talk about that OK).

Uh, Marc Gasol, Pascal Siakam, and Norm Powell are all out “indefinitely”. That seems bad!

Chance The Rapper will headline the NBA All-Star Game halftime show in Chicago in February. Common is doing player intros. Taylor Bennett is doing halftime at Rising Stars. No word on what strange fit the NBA will slide into the All-Star Saturday proceedings.

The official candidate list for the 2020 Basketball Hall of Fame class is out. The first-time nominees include Tim Duncan, Kevin Garnett, Tamika Catchings, Swin Cash, Chris Bosh, and a guy who took 50 FGAs in his final game for a 17-65 team. Lord, I can’t wait to not watch his acceptance speech.

Ricky O’Donnell chides the teams that slept on Brandon Clarke.

Michael Pina talked to Channing Frye about his transition to broadcasting.

Don’t ask why Steph Curry is trending on Twitter.

James Wiseman left Memphis for good. Well, unless the Grizzlies draft him, I suppose. He should be a top-five pick in the NBA Draft.

Will the Kings ever speed up?

Agree with Justin Tinsley that GOOD KID, MAAD CITY is the rap album of the decade.

Jaylen Brown is taking his efforts in education reform/philanthropy seriously.

A holiday tradition unlike any other from Drew Magary.

The rise of the seventh man.

Be excellent to each other.